Marla’s interest in Cuba began more than 13 years ago when she traveled there on a cultural exchange program. Little did she know the profound effect the island and its people would have on her life and career.

Wanting to spend more time on the island working with Cubans, Marla was inspired to organize and facilitate more than 50 travel groups to Cuba. Along with the U.S. Department of the Treasury’s Office of Foreign Assets Control and the up-and-coming Jewish community in Havana, Marla created uplifting itineraries built around putting Americans in touch with the Cuban Jewish community. For the first time in decades, Americans got to visit Cuba and meet its people. Marla prizes giving insightCuba guests an opportunity to see the many sides of Cuba, sharing her friendship and, most of all, her knowledge of this island nation and its people.

Marla and her husband have traveled to more than 23 countries with off-the-beaten path stops. She’s seen the riads in Essaouira, Morroco, the indigenous villages in Canaima, Venezuela, and the souks in Allepo, Syria. Of all the places this Flint Michigan native has visited, however, it is Cuba, she says, that has remained in her heart. 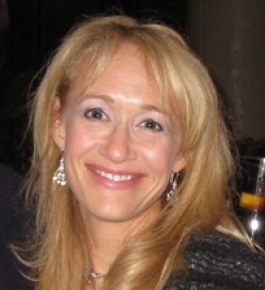