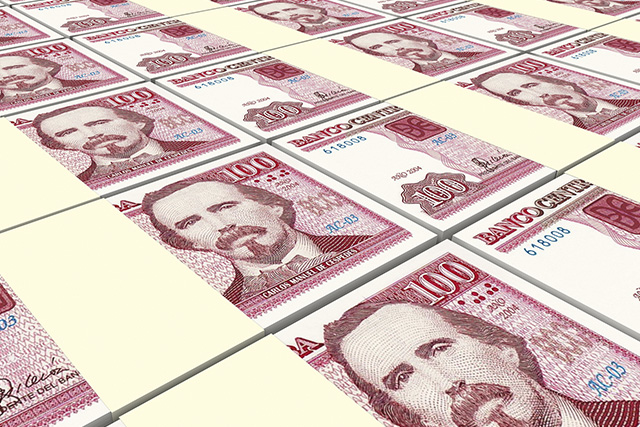 I remember on a windy evening in Havana I waved down one of Havana’s many informal, unlabeled taxis and was surprised to find a man sitting in the shotgun seat. I asked the driver, Carlos, about his extra passenger. Pablo turned to introduce himself. As we drove, Carlos and Pablo explained to me that they were friends and business partners. By day, Carlos was a family physician and Pablo was a vet. But Carlos had a car, so they spent their evenings taking turns driving it as taxi to make some extra cash in CUC.

In Havana, it is not uncommon to learn that a professional from the public sector has a second job. You will inevitably find out that a city planner rents out an extra bedroom in her home or that the botanist who works at a laboratory bakes pies at night on a to-order basis. The double shift is common in Cuba, where many professionals find it impossible to make ends meet on a monthly salary that averages 25 USD. Because state sector salaries are paid in the Cuban peso, or moneda nacional, they try to leverage the private sector for their evening job in order to earn the higher-valued currency in Cuba’s dual currency economy: the prized CUC.

The Cuban convertible peso, or CUC, was first introduced in 1994 to replace the informal use of U.S. dollars in the tourist economy. In the early 1990s, tourism was reintroduced in Cuba as a necessary measure to boost the crisis-stricken economy caused by the fall of the Soviet Union. Limited private enterprise was accepted, and U.S. dollars, and soon after, CUCs, were used as the hard currency of the tourist industry. While interactions with tourists and foreign entities were conducted in CUCs, Cubans still received their state sector salaries in moneda nacional, valued at just under 0.04 CUC (or around 24 moneda nacional per CUC). The dual currency economy was an easy way to separate tourism from the rest of the economy and subsequently “protect” the society from this necessary, albeit possibly corruptive, introduction of foreigners.

Eventually, as tourism increased and more Cubans were able to travel and open up small businesses of their own, access to the CUC became less restricted.  While in the 1990s, the Cuban government began allowing individuals to declare themselves cuentapropistas (independent workers) and open small businesses, further changes came in 2011 when Raul Castro announced a series of reforms which greatly expanded the size and scope of these enterprises. In increasing numbers, entrepreneurs began to make profits in the much stronger CUC.

Ironically then, the dual currency system that was intended to keep Cubans inequalities at bay is contributing drastically to internal divisions. While with certain products on the local economy, a public-sector salary can go far, for the most part, working for moneda nacional greatly limits one’s purchasing power and makes many goods practically inaccessible. Consequently, Cuba has experienced a serious internal brain drain, where professionals have decided to abandon their state sector careers to open up a hamburger restaurant or a hair salon. In the private sector and earning CUC, their monthly income skyrockets, leading to greater economic divisions between those who do and do not have access to the CUC.

The government has made some reforms to try and bridge the two parallel economies that tailor to the different currencies. While in 2013, the government officially announced its intention to unify the two currencies, that has yet to occur. However, some steps have been made to both decrease inequality and barriers to access, and ease the transition to a single currency. Some state salaries are supplemented with a bonus in CUC. Moreover, a law passed in 2015 made it mandatory for all stores selling in CUC to also accept the moneda nacional. Nevertheless, the dual currency economy continues to plague many Cubans. Until the system is equilibrated and a single salary in the public sector is enough, Cubans like Carlos and Pablo will continue to spend their evenings roaming the Havana streets in their makeshift taxi.