Home » About Us » Blog » Urban Agriculture in Cuba
share 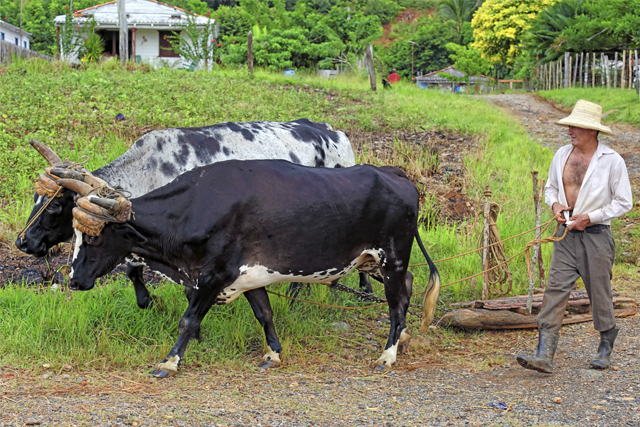 Cuba has developed a reputation as a country frozen in time. With its artfully preserved classic cars roaming every avenue and most of its buildings dating back to at least the 1950’s, it’s easy to see why.

What many don’t realize, however, is that Cuba’s anachronisms have led to countless innovations. Necessity is the mother of invention, after all! The island’s urban agriculture movement is a testament to Cuban ingenuity.

In 1991, virtually overnight, Cuba’s economy collapsed following the demise of its primary trade partner, the Soviet Union. The USSR had become Cuba’s main source of economic support after the United States instituted an embargo of Cuba following the 1959 Cuban Revolution led by Fidel and Raul Castro.

The sudden absence of substantial trade and aid from the Soviet Union triggered the severe economic crisis that became euphemistically known in Cuba as the “Special Period.”

During the first three years of the Special Period, Cuba’s GDP dropped by 36%. Cuba notably also lost its source of cheap petroleum, agricultural inputs, and machinery from the USSR.

Suddenly lacking the tools with which its modern agricultural sector had been founded, Cuba was forced to transition from centrally run industrial agriculture to sustainable organic agriculture and urban farming. Farmers abandoned techniques that necessitated chemicals and fuel-dependent machinery, and instead employed traditional methods, such as the use of machetes, oxen-drawn plows, and composting worms.

In addition to the urban gardens that quickly sprung up in empty lots in cities and suburban neighborhoods across the country, individual households also began utilizing any available piece of land and windowsill alike to grow their own produce and raise animals.

During the worst years of the crisis, many Cubans crammed as many animals as possible into their living quarters to supplant meat and dairy products that could no longer be found at the market. Cubans could buy baby chicks from the government for the equivalent of five cents to raise in their backyards. Some families not only had chickens, but also ducks, rabbits, goats, and pigs in their backyards in the middle of the suburbs. There are also rumors from that era that many Cubans living in small apartments with no yard went so far as to raise pigs in their bathtub!

As historians Rafael Hernandez and Dick Cluster write in their excellent book, The History of Havana, the practice of suddenly raising your own livestock at home led to “the conflict between treating these animals as pets or as food.” According to the historians, a popular joke circulated that parents were naming their chickens Breakfast, Lunch, and Dinner, so their kids wouldn’t get too attached.

In Cerrado por Reparación (“Closed for Repairs”), Cuban author Nancy Alonso tells the fictional tale of a family living in a fifth-floor apartment brimming with potted plants, without a way to “satiate their carnivorous necessities.” They decide to raise a pig named César in their bathtub. Over the course of the story, each family member becomes attached to César. There is a pivotal moment when he is about to be shipped off for slaughter, and at the last minute he is instead shuffled frantically back into the apartment to stay. César had become a member of the family, and his owners instead ate “croquettes of potato and yucca, as if it were ham.”

While there are many truly heartbreaking stories from the Special Period, Cuba’s transition to organic agriculture and urban farming is certainly an internationally acclaimed silver lining of the crisis.

Although Cuba’s economy has largely bounced back from the Special Period, its agricultural sector will forever be transformed. Today there are thousands of organic urban farms across Cuba, and the Cuban government continues to strongly encourage households to grow their own food. The government will even send an agronomist to the homes of novice gardeners to help with pests and the like!

Sign up today for one of insightCuba’s educational people-to-people trips to Cuba for an unforgettable opportunity to learn more about the island’s fascinating lesser-known histories while enjoying organic, local produce at the bustling and colorful farmers markets! Every insightCuba tour gives its guests the opportunity to interact one-on-one with Cubans to learn more about their unique, impressive, and sometimes hilarious histories first hand.