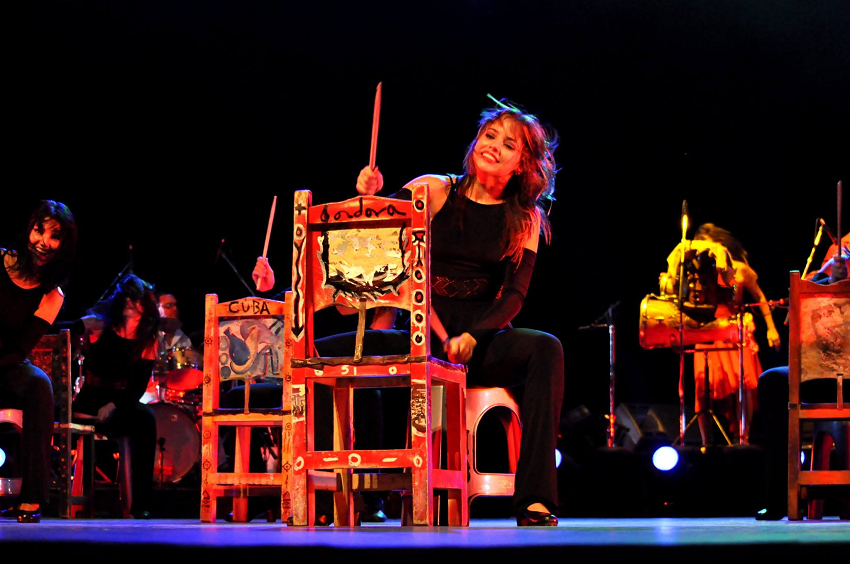 Immerse youself in the Latin-influenced moves of the Habana Compás Dance Company when we take in a private show. 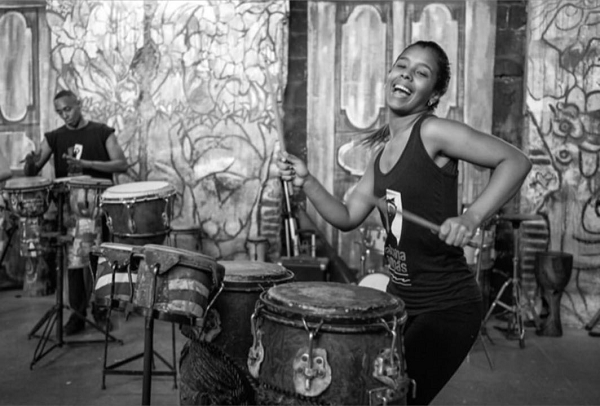 The Cuban equivalent of STOMP – these young and dedicated dancers combine Spanish folk music with Afro-Cuban rhythms to create one-of-a-kind performances. Fiery and energetic by nature, the Habana Compás Dance Company surprises guests with beats and moves based around chairs, boxes, and drums.

In 2004, four dancers from the world-renowned Lizt Alfanso Dance Cuba formed Habana Compás. Under the leadership of Liliet Rivera, the group took inspiration from its previous company and blazed a path forward. Perhaps, most notably, in its use of everyday objects under music director Eduardo Córdova – a percussionist and plastics artist who introduced chairs into the group’s performances.

The company’s external success is closely tied to the local community. And at its headquarters in Marianao, members of the troupe teach hundreds of children aged five and up the basics of percussion and dance – using the same styles employed by its professional performers.

Habana Compás – literally, “Havana Beat” – is by definition, dependent on percussion. And the group achieves its mixture of Afro-Cuban and modern rhythms through unconventional means. Because alongside Habana Compás’s iconic chairs and drumsticks, you’ll see heels, flip flops, keys, and traditional instruments like the violin, flute, batá drums, and chequeré. The latter being essential elements in Afro-Cuban music throughout the island.

The group’s blend of dance moves includes ballet, folklore, contemporary, and flamenco – which is a fusion of music traditions from Spain. It’s defining moves are free-flowing hand gestures and sweeping arms, entirely on display in this promotional video from Habana Compás.

In an interview with Cuban Art News, Liliet Rivera said, “Work, work and work, I always say that, because nobody can fight against work.” Those words and the efforts behind them have paid off in recent years. Notably In 2017, when the group won an audience popularity award for their appearance on Bailando en Cuba – the Cuban equivalent of Dancing with the Stars.

Habana Compás has toured across the world, including Turkey, France, South Korea, and the US. And both Usher and Mick Jagger have paid visits to the troupe during visits to the island. Rockstar treatment awaits insightCuba tours guests as well, who will enjoy a private performance from this genre-bending dance group.