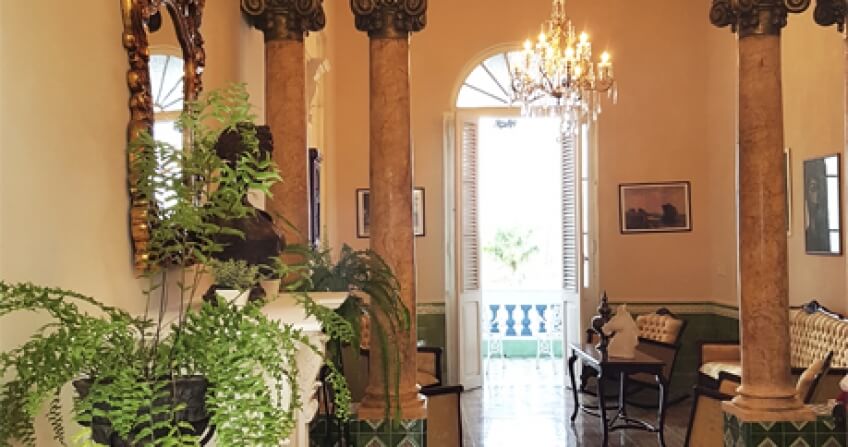 Hostal Lagarto Ciudad is a family owned and operated boutique residence nestled in the oldest part of the two-hundred-year-old city of Cienfuegos, also known as La Perla del Sur (the Pearl of the South). This colonial town was founded in 1819 by the Spanish Empire and initially settled by French immigrants. It is filled with neoclassical style buildings.  Hostal Lagarto Ciudad is a few short blocks from the town center as well as landmark buildings such as Ferrer Palace,  Tomas Terry Theater, and the Catedral de la Purisima Concepcion.

The revitalized mansion was carefully restored with modern conveniences. Hostal Lagarto welcomes you into a large reception hall and an inviting interior patio.  Hostal Lagarto boasts six rooms, each with their own individually controlled air-conditioners  and modern bathroom amenities.

Breakfast is served in the indoor dining room or the outdoor patio. Other common areas include an interior sitting room and a terrace, all splendid places to enjoy an afternoon mojito.