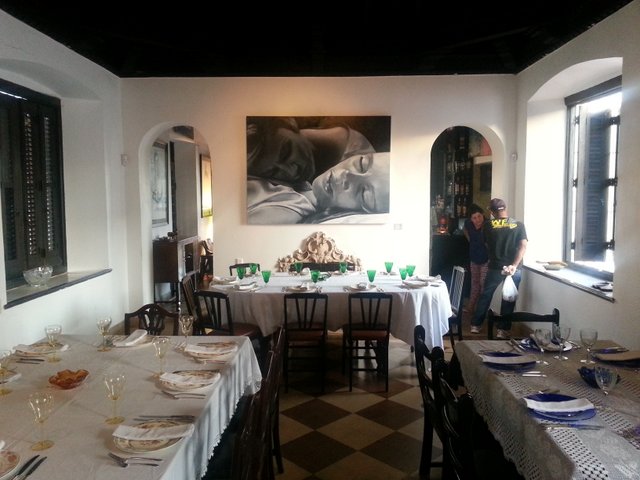 Every evening, in an otherwise nondescript Vedado home, behind the Hotel Melia Cohiba, a gathering of nations takes place at the restaurant Atelier.

The night I went there, the French table was peppering the waiter with questions about the blue cheese sauce, the Germans were dressed as if they had walked from the pool, a Canadian couple was being romantic, and a table full of my fellow Americans was going on about tomorrow´s schedule.

It took the sea breeze to remind me that I was only a couple of blocks away from the Atlantic Ocean, in Cuba, and it was time to look at the menu.

Atelier bills itself as “cocina de autor,” which means that it takes culinary license with dishes that are constructed to compete on the international food scene.

How else could you explain the presence of starters such as asparagus au gratin or salmon and eggplant rolls?  That vegetable and fish are not even from the Caribbean, much less easy to import to Cuba.  Yet Atelier has covered the asparagus with a béchamel base sauce that left the demanding French table quite pleased.  Maybe the head chef, who trained in Paris, has something to do with it … but can he grill a steak to please a Texan?

Usually, I steer clear of beef in Cuba, mainly because my standards are too high and I don´t like being disappointed.  Cubans don´t eat beef because its price is prohibitive even when it can be found. 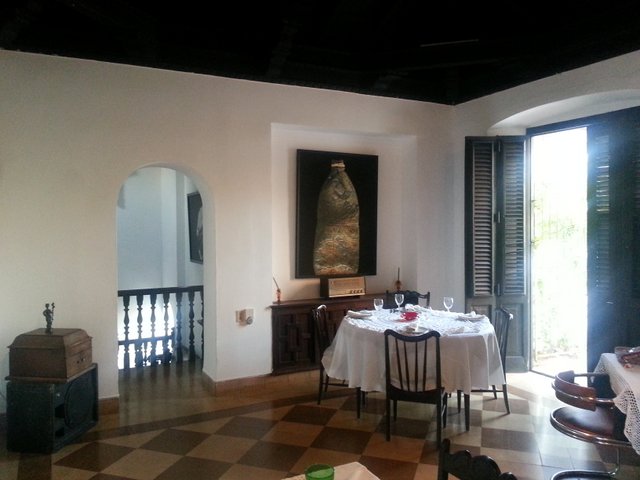 But the menu at Atelier was challenging me with two words: Filet Mignon.  That was it, no other fancy adjectives or promises to “cook to perfection” that ring hollow at other Havana eateries.  Filet Mignon.

I answered the challenge with a two words of my own when I told the waiter I wanted the steak cooked “vuelta vuelta,” or as we know it in the Lone Star State, “blue.”

Atelier invites an eye for detail.  Soft glow from incandescent bulbs (bet you never thought you would see another one of those!) allows clear visibility beyond the light fixtures, to the intricate woodwork supporting the roof.

Similarly preserved are the pre-revolutionary windows and doors that frame antique views of Vedado.  Look closely at the walls hung with contemporary Cuban art and you might conclude the house was constructed by a military architect; thick enough to withstand a naval shelling.

Step onto the expansive terrace and take in a clear view of the professional kitchen, designed by cook turned owner and Cuban entrepreneur of growing international fame, Niuris Martinez.

That sea breeze interrupted again and brought attention to detail from my eyes to my nose.  Wafting grilled beef told me it was time for the main event.

The filet was plated alone, surrounded by dribblings of various sauces I could indulge in, or not (I did).  Inspection of my first cut in told me the chef had the right high temperature fire to singe the outside but leave the inside red all the way through.  When I closed my eyes and took that first bite I swear I heard “The Yellow Rose of Texas” playing somewhere nearby.

When I snapped back to reality, I saw the waiter had left the two side dishes flanking my main course: rice and beans.  One thing is certain about Cuba:  it doesn´t let you stay away for long.

El Atelier is located in the Vedado neighborhood of La Havana on Calle 5, No. 511, right behind the Hotel Melia Cohiba and close enough to the ocean to get a good sea breeze.