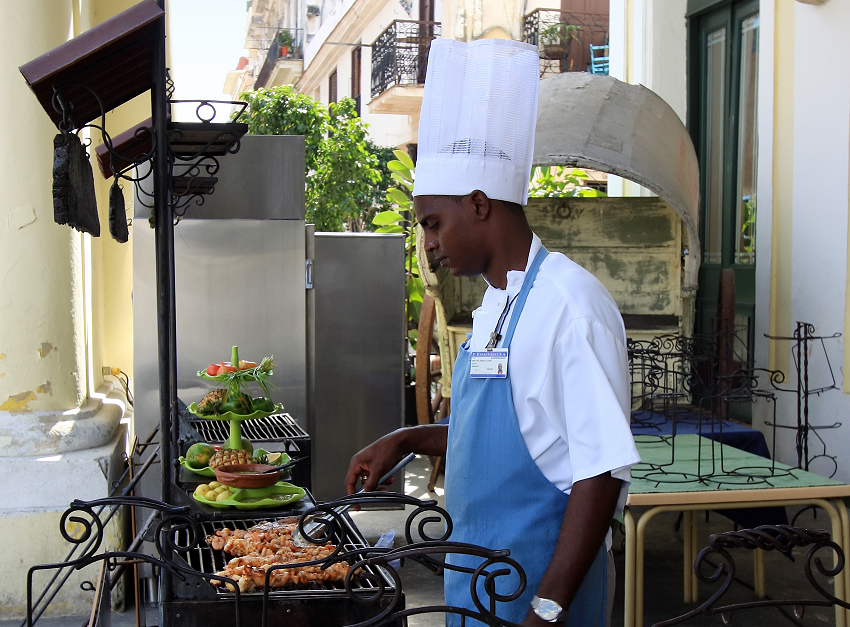 Break bread with new-found friends as we take an in-home cooking class from local Cubans. 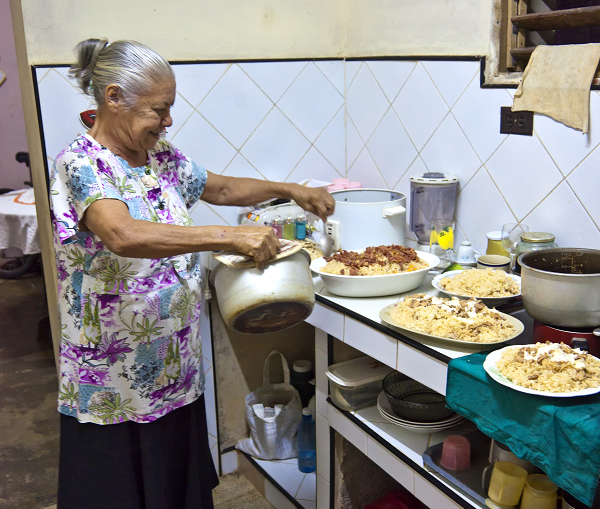 Get tasteful insights into Cuban culture when we go hands-on and prepare a meal with locals. We’ll laugh, share stories, and learn every step of authentic Cuban dishes. And finally, we’ll sit down to enjoy the fruits of our labor.

Seafood, corn, cassava, beans, and plantains are the foundation of Cuban cuisine stretching back to the island’s first inhabitants. But for such a small nation, Cuba’s borders contain a world of outside influence. Spanish colonizers introduced cattle, pigs, spices, and an abundance of cooking styles. African slaves brought, among other ideas, the flattening and frying of green plantains or “tostones,” which remain one of the island’s staple snacks.

After slavery’s abolishment in the late 1800s, an influx of Chinese immigrants brought rice to the island. The at first “exotic” grain became a staple of Cuban meals, especially in street food cajitas, small boxes of rice, beans, and pork. And much like those cajitas, Cuba cuisine is a fusion of international ideas. You’ll get a hands-on taste for it all during an authentic Cuban cooking class.

This experience is available on our Classic Cuba, Legendary Cuba and Varadero and Havana tours or can be integrated into a custom-made itinerary.