Home » About Us » Blog » Best Beaches in Cuba
share 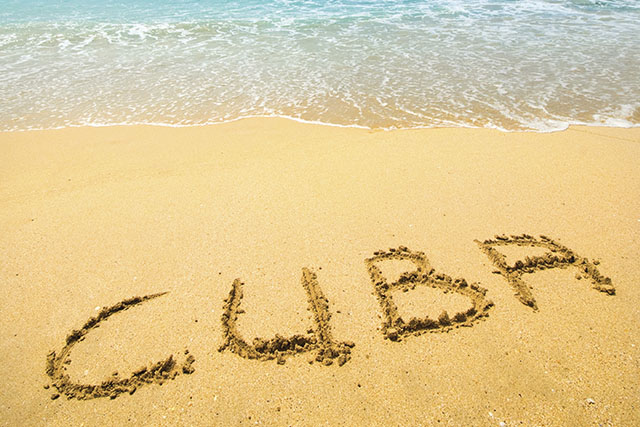 With more than 300 beaches along the island’s 3,500-mile coastline—bordered by the Atlantic Ocean to the north and the Caribbean Sea to the south—Cuba boasts year-round saltwater and sands that vary in color from dazzling white to deep black. This list includes some of the subtropical island’s most spectacular stretches of relaxation, from popular seaside destinations to secluded coves.

This stunning stretch of tranquil water and nearly uninterrupted white sand can be found on the Hicacos Peninsula approximately 87 miles east of Havana. One of Cuba’s most famous beaches, Varadero easily ranks among the best in the Caribbean—but it’s also one of the island’s busier beaches.

This popular spot on Cuba’s north shore isn’t quite as busy as Varadero and is home to a coastline of small coves with white sand beaches. The name translates literally to “guard the cow” and may have originated incorrectly from “guarda la barca,” which means “guard the ship.”

It’s said that Ernest Hemingway was enchanted by the dunes of Playa Pilar. Located in the Jardines del Rey (Gardens of the King) archipelago off Cuba’s northern coast, connected to the mainland by a long causeway, the tiny cays of Coco and Guillermo (which house Playa Pilar) sit in the shallow waters of the Atlantic. The gentle waves and soft white sand of Playa Pilar create an idyllic beach experience.

Not far from the cobblestone streets and 19th century architecture of the town of Trinidad, Playa Ancón is one of the finest beaches on the island’s south side. Swaths of white sand meet warm Caribbean waters that are also perfect for snorkeling and diving.

With a name that translates to “paradise,” Playa Paraíso doesn’t disappoint. Off the southern coast of Cuba, on the tiny island of Cayo Largo del Sur, just over 150 miles north of the Cayman Islands, this area offers miles of powder-white sand on the connecting beaches of Playa Paraíso and Playa Sirena (or “Tranquil Beach”). Their well-protected waters are calm and shallow.

Part of the Sierra Maestra Natural Park, this quiet black-sand beach is perched in a cove along the southeast shore of Cuba with the Sierra Maestra mountain range behind it. The area also boasts excellent snorkeling and diving, partly because of two well-preserved Spanish ships sunk by the U.S. Navy during the Battle of Santiago de Cuba in 1898.

Cayo Levisa
The tiny cay known as Cayo Levisa consists mostly of mangroves, but the white sand beach on the north side is perfect for rest and relaxation. Explore shipwrecks while diving and snorkeling in the blue waters off this remote island, approximately 45 minutes by boat from Pinar del Rio (roughly 90 miles southwest of Havana).

If you seek seclusion, Playa Nava could be your spot. Roughly 16 miles from Baracoa on Cuba’s northeast end, these gold, sometimes seaweed-strewn, sands contain no facilities or crowds. Enjoy a virtually private experience.

Cayo Iguana, also known as Cayo las Iguanas, sits only 20 miles off south Cuba’s Trinidad shore. Just north of Cayo Largo, this nature-lovers island offers fantastic snorkeling and quiet beaches that you’ll have to share with full-time residents: Cuban rock iguanas, the largest lizards in the Caribbean. (Please don’t try to get close or touch them: they’re endangered and vulnerable.)

Cuban beaches are among the best in the Caribbean. Pack the sunscreen, a hat, snorkeling gear, towel, and that book you’ve been wanting to read, and head for these fine beaches to relax in the warm sand.