My toes touched the tarmac and there it was, right in front of me – history.

I’ll never forget my first impression of Cuba; it was of Tom, the Director of insightCuba, in the most warming of embraces with his Cuban counterpart.  What struck me about this embrace was that it felt as though it was being shared amongst brothers, the closest of brothers, who for whatever reason, had been separated for years, decades even, without a phone call or email.  For me, during that one single moment in time, I finally understood his genuine love for Cuba and its people.

We grabbed our bags and headed for the exit gate at the airport, amidst a sea of Cubans, young and old, grabbing loved ones in a way that left no question in my mind, that it had been years since their last reunion.  Then, I caught my first glimpse of Cuba - an image of Che Guevara, which if I had only known at that time would appear so often, that I would end up referring to it as, “the wallpaper of my trip.” 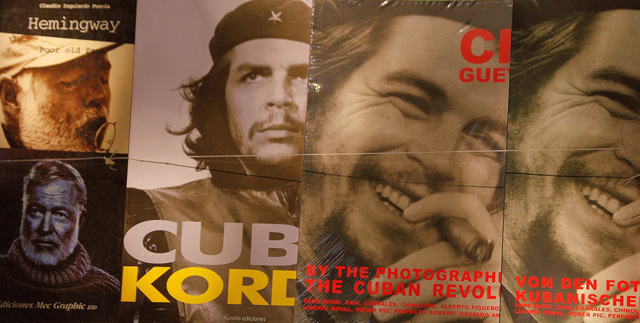 The 30 minute drive to the famed “Hotel Nacional,” felt more like 3 minutes. I wanted to stop EVERYWHERE, to take pictures and inquire about each relic, monument, park, and of course, classic American car.  The sensation I felt pulling up to the hotel, reminded me of my first experience at the old Yankee stadium, walking out of the tunnel when suddenly, the green grass of the outfield emerged, and goose bumps sprouted over my arms because I knew I was standing in one of the country’s most legendary locales.

The hotel lobby was breathtaking; I was immediately transformed back in time to the late 1950s. I romanticized about Frank Sinatra and Eva Gardner, perusing the grandiose lobby with martinis in toe.

My first night in Cuba started and ended in the most magical of ways, with a stroll along the Malecόn.  Knowing that I had nine days of adventure ahead of me, I turned in early, while visions of Cuba and its people, places and cuisines danced in my head.

Stay tuned for the next installment of my adventure to Cuba!