Home » About Us » Blog » Our Girl in Havana: On the road in Caibarién
share 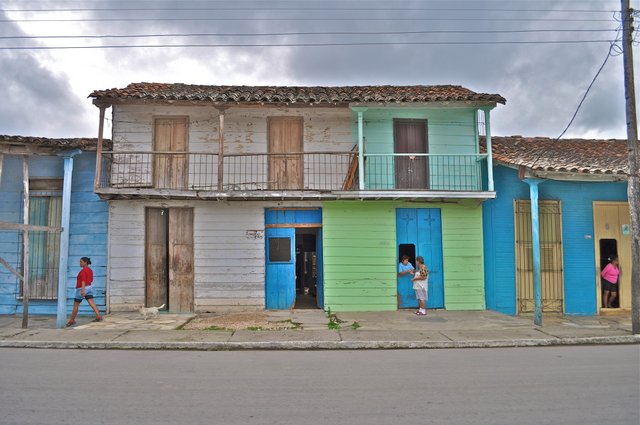 I didn’t go to Caibarién on purpose. My bus pulled into Remedios where I had planned to disembark. But when I looked out the window at yet another gorgeous colonial town: pristine multi-coloured houses, sandy streets, wide-open plazas and the scent of flowers in the air - it left me dead. After months of postcard perfect colonial vistas, I had become inured to it. So I simply stayed on the bus, a sense of adventure in not knowing where it would take me to next.

It terminated in Caibarién, somewhere I hadn’t heard mentioned on the traveler trail. It had once been a thriving fishing port but had fallen into disrepair, becoming a comatose place, decrepit, frail and gloriously offbeat. Like the one-time plaything of a colonial princess, who had grown tired of her pastel-hued toy town and left it for the grander thrills of neighbouring Remedios. The piers had sunk sadly into the sea and the mills no longer turned sugar to riches. On many of the streets, just the skeletons of houses remain with bones half broken, or else the stone sags like an old man’s tired paunch, and the building stays upright from the force of history alone.

When I got off the bus, I wasn’t hounded by people waving pictures of their casas with promises of Continental breakfasts, omelettes and aircon. Instead I was greeted with a series of curious but friendly nods, and directed by the shopkeeper to the wonderful El Carretero casa of Fernando and his wife, who looked after me like family. I was the only tourist. I didn’t see any other foreigners the entire time I spent in Caibarién. 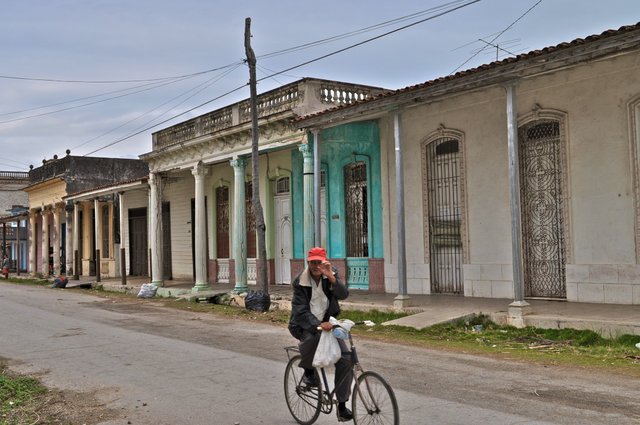 Forty kilometres east of Cayerias del Norte, you would think cash-strapped travelers would use this as a jump off point to explore the white sands of Cayo Santa Maria or Cayo las Brujas without having to pay the all-inclusive prices for the hotels there, but somehow, this is the place tourism forgot. Granted, the cayos are a drive away (accessible by a new causeway with toll payable), and there isn’t a great deal else by way of attractions: the museum of sugar industry with its sketchy history; a municipal museum celebrating Caibarién’s short lived glory days; a scrappy public beach; and the giant crab statue, which greets you as you arrive and leave.

But you don’t come to Caibarién for sightseeing. You come to experience a town that hasn’t been preened for your pleasure, an authenticity verging on the surreal. This is a world where horse and cart is still the most viable method of public transport, and the quiet is punctuated by the shout of ‘Cabello, cabello, cabello,’ and the clip clop of hooves. After 11am it’s almost impossible to buy a loaf of bread, with the shelves near empty, as a conscientious shopkeeper sweeps the sandy floor. Beyond open doorways families gather around TV sets watching illegally rigged cable while outside their chickens run amok. It feels trapped in a sticky time warp, as if the long lost sugar fortune had turned to treacle and now the days stretched beyond their allocated 24 hours into the far reaches of another time frame altogether. Perhaps that was why I loved this place so much; a combination of the sleepy serenity and the surreal made it feel a far superior escape from reality than any lazy beach idyll ever could. 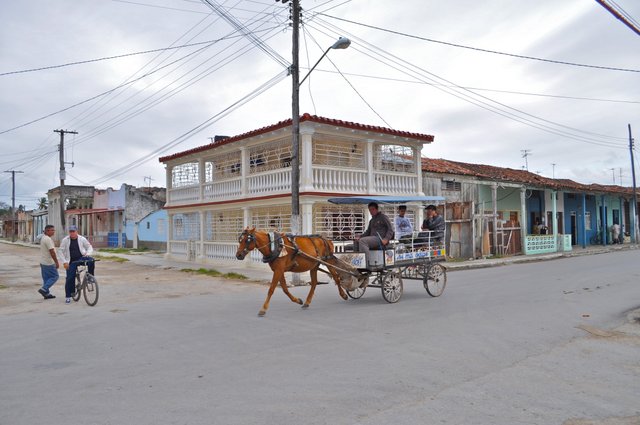 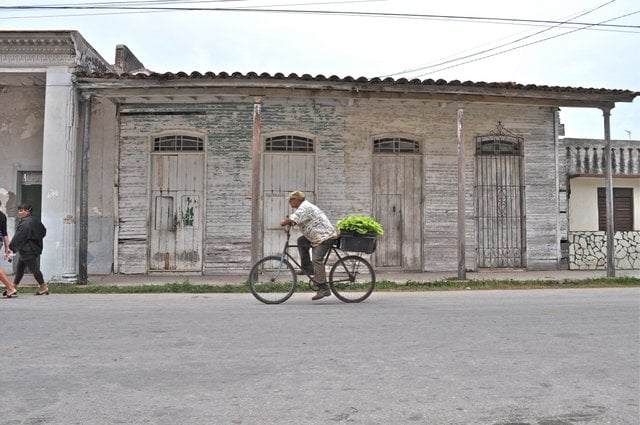 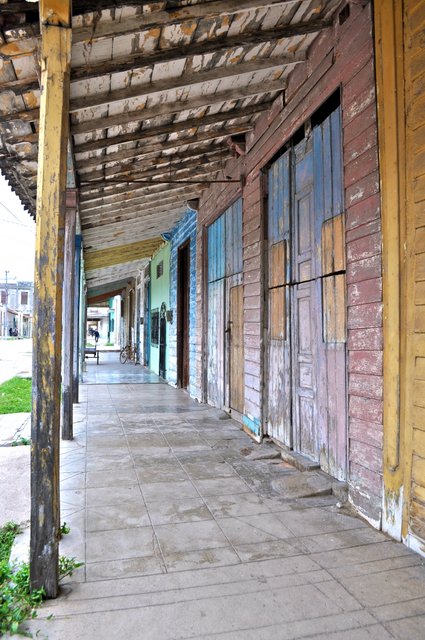 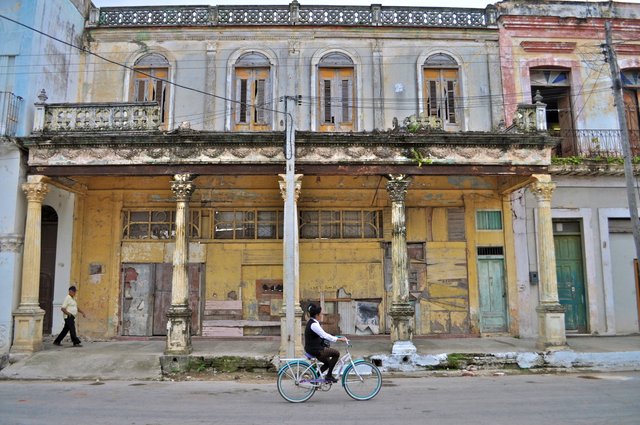 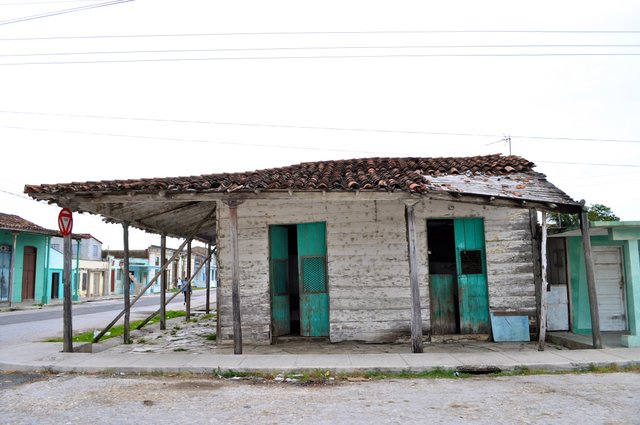 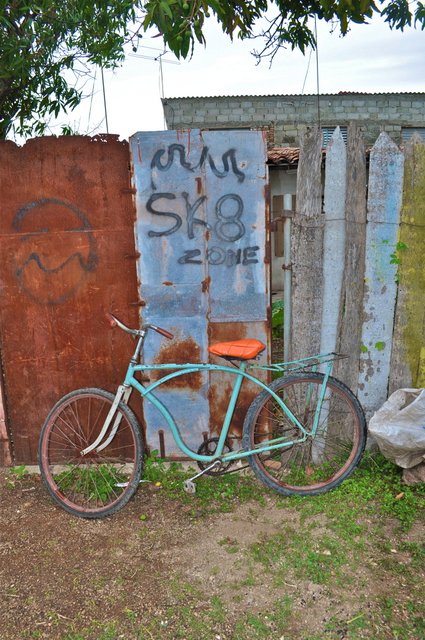 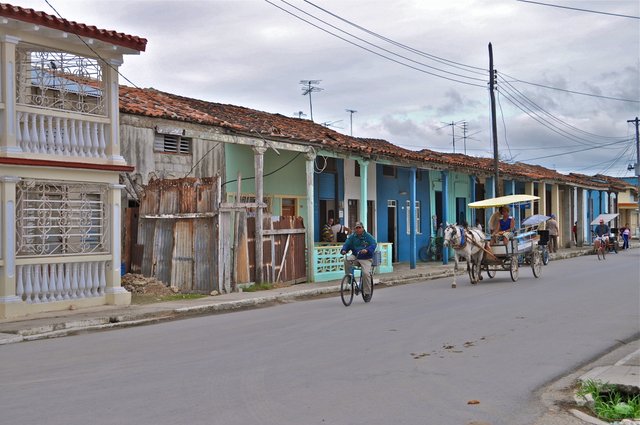 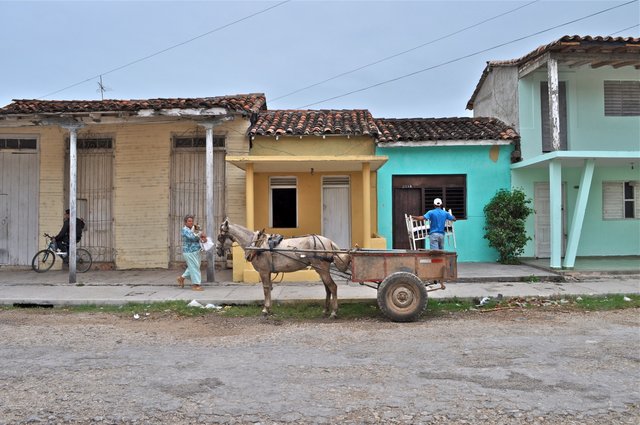 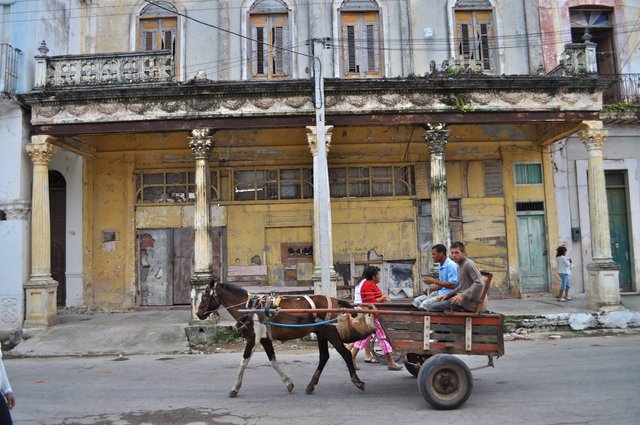