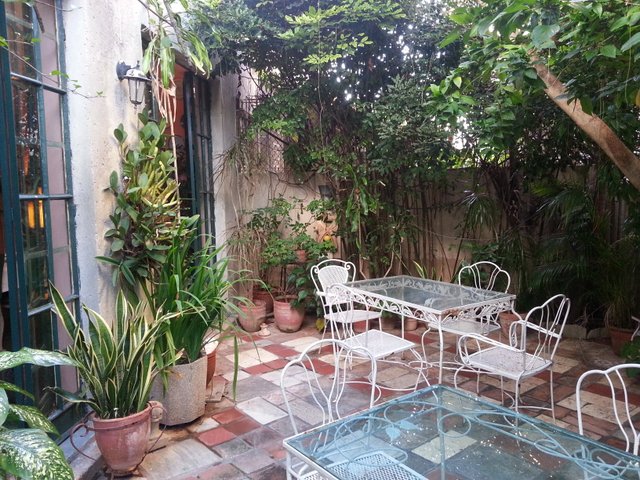 La Esperanza opened as a paladar in 1995, at the height of the Cuban Special Period.  “When we first opened, our day off was on Thursday because that was the day our neighborhood had its electricity cut during the energy crisis,” Hubert, the owner, told me while recalling the early days of the business.

In 19 years, La Esperanza has survived everything from soap shortages to brownouts, all while catering to diplomats, international celebrities, and the occasional heads of state.

Walking into La Esperanza is a prerevolutionary transformation. The only objects in the house that postdate 1959 are the staff and the farm fresh ingredients.  Even the music is classic Cuban, recorded well before bearded rebels came down from the mountains.

Hubert knows what makes his business successful. “We make it our mission to keep and preserve the ambiance of the quintessential paladar. When you come here you should feel like you are coming into a home, because that is what it is.” 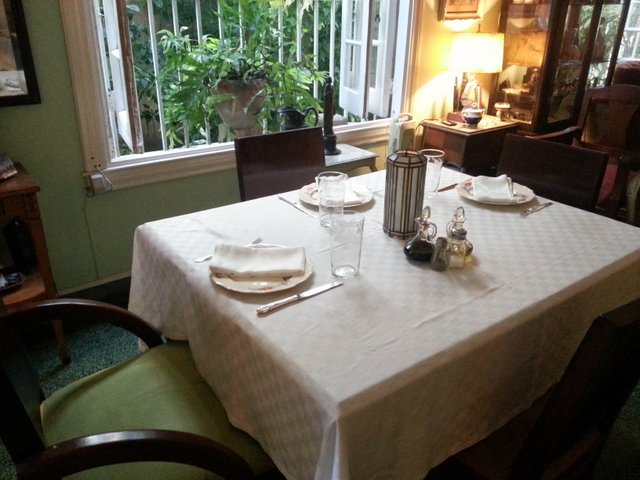 Indeed, Hubert lives upstairs.  The house belonged to a friend so close as to be considered family, a woman for whom the restaurant is named, “La Esperanza.” 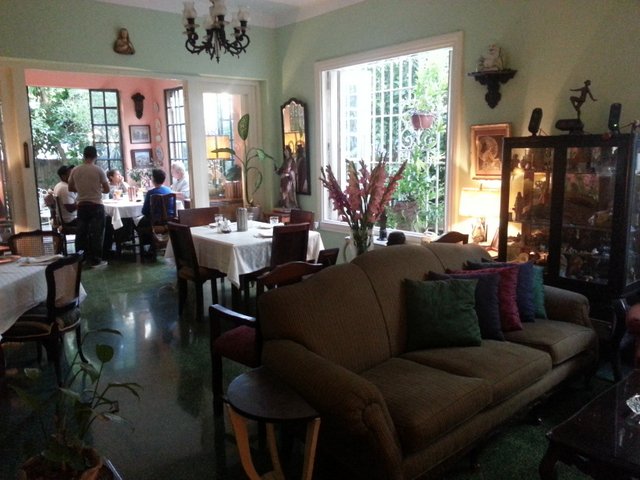 “She lived here with her husband, who was the President of Sales for Polar Beer, a company founded in 1935, four years before the house was built in 1939,” Hubert volunteers the story with speed and pride.  With little pause, he leads me to a china cabinet full of memorabilia.  Behind a lithographed Polar Beer glass is beer of the same name, bottled more than 60 years ago. Everything in the house has meaning.

Compared to the surroundings, the menu is simpler, and like the house, there is a story behind everything.

“We have Thai chicken but we had to invent it in our own way.  We are not from Thailand, I can´t even buy Thai mangoes,” Hubert tells me while explaining one of his most enduring and best-known dishes.  “When we opened, I would ride a bicycle around Havana getting the ingredients I needed.”

Appetizers such as soft gouda served between two slices of grilled eggplant and main courses such as Pollo Luna de miel, or honeymoon chicken, served in a honey based sauce and flameado in Cuban rum are unique offerings in this part of the Caribbean.

While reading the menu, I can see a group of guests chatting and enjoying cocktails in the living room, complete with a sofa and comfy chairs.  Also within view is the main dining room hosting the owners of the cars, with diplomatic license plates parked out front.

A statue of Saint Barbara watches over everything.

I look to her fixed gaze for guidance on choosing what to order, but my vision is distracted by the collection of vintage cocktail shakers.  Perhaps a drink would be of some assistance.

A glass of red wine later and I am digging into half a chicken (Thai style with Cuban mango sauce), steamed vegetables, fluffy white rice and black beans.

I keep talking to Hubert between bites and swallows, but get distracted again by some really good-looking key lime pie being carried to the diplomats’ table.  I order a slice before I´m too full to decide not to.

La Esperanza is located on 16th Street between 1st and 3rd, just a block from the 16th street beach in the Playa neighborhood of La Havana.  Open for dinner every night, with executive lunches, as well as cooking classes.