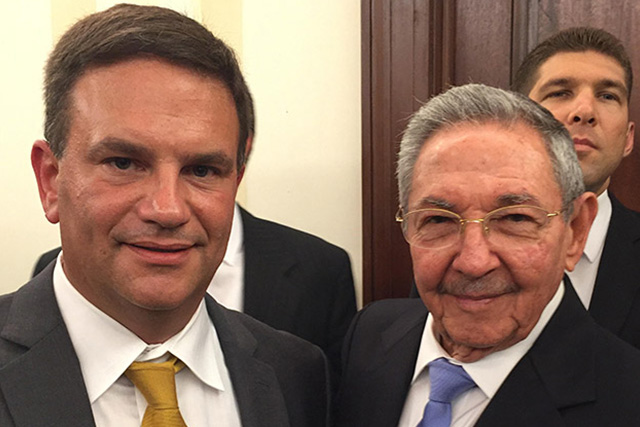 It took 88 years, but the day is finally here. The first sitting president to visit Cuba, since Calvin Coolidge attended the Pan American Conference in Havana in January 1928, comes as coronation of the last 15 months of diplomatic efforts between the formerly alienated nations.

In preparation of the historic trip to take place on March 20-22nd, the Obama administration rolled out new changes to the regulations on Tuesday, authorizing individuals to travel to Cuba for independent people-to-people educational trips, provided that travelers engage in a full-time schedule of educational exchange activities encouraging interaction with the Cuban people. While this revision is intended to provide U.S. citizens with more accessible educational travel to Cuba than traveling under the auspices of an authorized organization sending small groups – a stipulation previously required – the actual process of planning your own people-to-people itinerary can prove a higher challenge that cost alone. With hotels sold out for more than a year (as high as $400 for a double standard room per night), and charter flights to Cuba still in effect, individuals might have a harder time traveling without the help of a tour operator.

Heralding a new era for U.S.-Cuba relations, the new regulations will permit Cuban citizens to open U.S. bank accounts and earn a salary on United States territory, of particular interest being the Cuban athletes, while also facilitating the use of American dollars in transactions with U.S. banks.

More than just empowering Cubans, waiting since generations, the further relaxed travel restrictions, combined with commercial flights to Cuba likely resuming later this fall, will significantly increase the ability of Americans to visit the once-forbidden island, swarmed by more than 160,000 visitors in 2015, double than the previous year.

What started as a handshake at the funeral of the late Nelson Mandela, leading to the surprise agreement between Presidents Obama and Castro, to normalize relations on December 17th 2014, has paved the way for these incredibly momentous times.

Aside from easing trade and travel restrictions for both Cubans and Americans alike, President Obama’s visit marks a long-awaited reconciliation between the two nations and by all intents and purposes, a dream of a lifetime for the Cuban people.