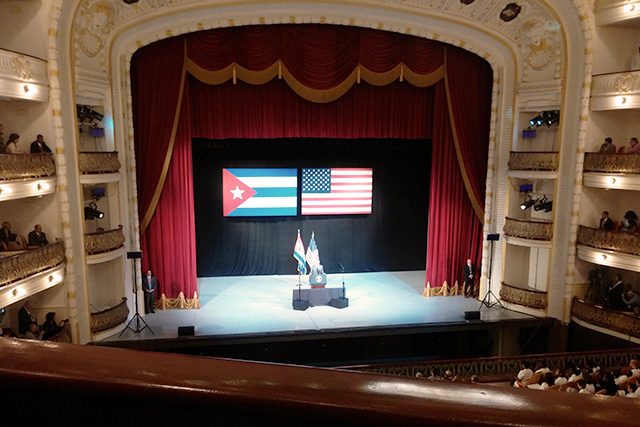 President Barack Obama was neither the first nor last head of state to make an official visit to Cuba this year. However, his trip has already been recognized as the most unexpected, important, and original.

Accelerated efforts to restore relations have united two neighbors who share culture, kin, and, notwithstanding the embargo, economies.

Given the event’s magnitude, I didn’t expect to be a firsthand witness to anything more than the blur of the motorcade. But Monday night, I received a call: I was invited to attend the president’s address to the Cuban people at Havana’s Gran Teatro de Alicia Alonso.

The Tuesday morning timeslot guaranteed that the three-day weekend would extend into Tuesday afternoon. Reluctant to give up their places in front of the television, hotel employees grudgingly attended to the few guests who had not been moved to Varadero to make room for President Obama’s delegation. Workplaces without television turned on radios or saw their workers show up late or leave. Schools even tuned in to hear the president’s words, at least for those students present. Transportation problems plagued Havana throughout the visit.

Despite overwhelming interest in the president’s talk, the area around Cuba’s capital building and the theater was deserted when I arrived. I passed through seven security gates (about one every half block), and presented my credentials and ID. A thorough search at the theater door followed.

Finally inside, I needed a bathroom. The lack of toilet paper, soap, and hand towels reminded me that, despite the presence of two heads of state at one of the most important speeches in modern history, there was no denying that we were still in Cuba.

The audience consisted of college students, Communist Party members (including President Castro), United States citizens and exiled Cuban-Americans, bloggers, activists, business leaders, and a gaggle of U.S. Congress members. Everyone was polite, even cheerful. Long-held resentment, discomfort, and separation seemed to have been left outside the theater, held up at one of those checkpoints. 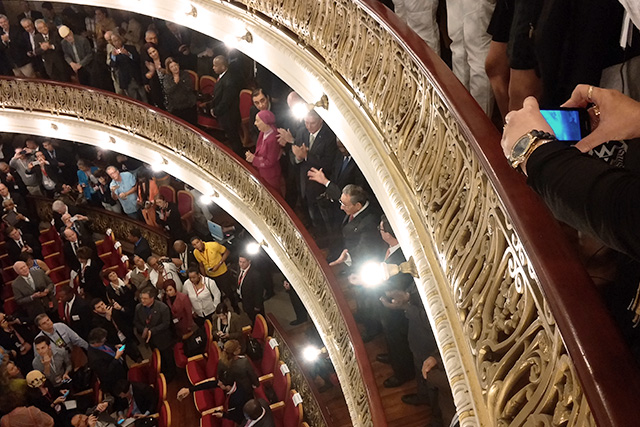 While the world watched on television, listened by radio, or streamed on the Internet, the atmosphere inside the theater went beyond courteous attention.

People who once vowed never to give an inch or redress grievances in a peaceful manner now waited in security lines, sat beside, and snapped selfies with their ideological adversaries. As they surveyed the audience, they could see old foes clapping along with them.