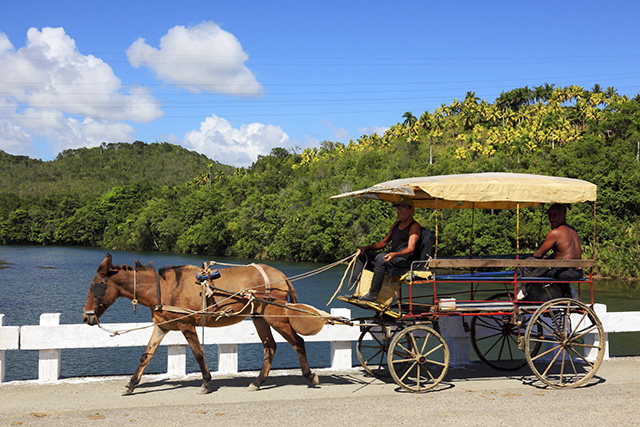 Every place has its secrets. Cuba’s include political intrigue, well-priced treats, and villages barely touched by time. We asked insightCuba tour leaders what they considered Cuba’s best-kept secrets. Here is what they said:

Little Town With a Big Reach

“Baracoa.  It has so much to offer.  More than just the little town.  I see an opportunity to fish with the locals, learn to make cucuruchos, cacao with banana flour; help a local work on one of his carriages, maybe learn horse shoeing or take a cooking lesson at someone’s house. On the way to the Farola, there are many little farms where we can stop and mingle with the locals.  I could go on and on.”

“To me, it is the street salesman who sells bizcocho [pastries].  When I am in my hometown of Cojimar, a gentleman goes by, selling bizcochos for one peso each, or 25 for $1 CUC. I love bizcochos with my cafe con leche. I can have them with butter or cream cheese or plain.
When I’m in the airport waiting for my flight back to the U.S., I carry a plastic bag with six bizcochos. That and a couple of cafe con leches will sustain me through any delays.”

How Much They Know About Us

“Cubans know much more about us than we do about them. They have spent decades watching American movies and TV, listening to our music, seeing family from Miami, New York, and LA. They have a big head-start understanding our culture, and we are just getting re-familiarized with theirs.”

“Most Cubans, including party loyalists, want a change in leadership and the general course of the country.

A taxi driver once said to me, “54 years with the same leaders is ridiculous. As long as they are here, this is not going to change!”

A community leader and party member in Santa Clara said, “The Marxist- Leninist economy never worked. We have to change. We need new leadership.”

So they patiently, and often in quiet desperation, wait for the change to somehow occur by itself.  And it is. Very slowly. But they know there's not much they can do to speed it up themselves...”