Home » About Us » Blog » Is Cuba safe for Americans?
share 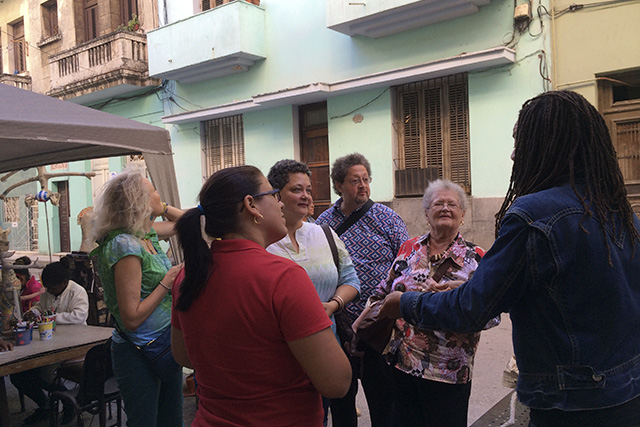 The world has its eye on Cuba this year. The Caribbean island nation of some 11 million inhabitants has been topping news headlines and travel industry must-see lists, and for good reason. With its turquoise waters, unbelievably preserved wildlife habitats, distinctive music, rich history, lively culture, classic cars, and cigars, Cuba is stunning and unique. And with the recent political détente between the Cuban and U.S. governments, Cuba is more accessible to Americans now than it has been in decades.

As renewed interest in the island and opportunities for Americans to travel to Cuba continue to multiply, it begs the question: Is Cuba safe for Americans travelers?

Examining the Latin American and Caribbean region as a whole, the outlook is grim. According to the Ingarapé Institute, the region is home to 14 of the world’s 20 most dangerous countries, as measured by homicide rates. Roughly 33% of the world’s homicides occur in Latin America and the Caribbean, even though it has just 8% of the global population.

Fortunately, Cuba is largely the exception. Cuba’s 1959 revolution, led by brothers Fidel and Raul Castro, marked a significant departure from the rest of the Central American and Caribbean region in many ways. In Cuba, poverty, crime, and illiteracy have plummeted since the revolution. According to the United Nations, Cuba has the third lowest homicide rate in the hemisphere, just after Canada and Chile. Cuba’s government strictly and successfully enforces the possession of illicit drugs and firearms, making them virtually non-existent among the general population on the island, in great contrast to many of its regional counterparts. Furthermore, Cuba is not a war-stricken nation, nor is it prone to civil unrest.

Cuba’s growing tourism industry is now a vital part of its economy and a major source of income for many Cubans. As such, Cubans are generally extremely welcoming to foreigners, and Cuba’s government goes to great lengths to ensure tourist safety. Crimes that infringe upon tourists are harshly punished.

Interestingly, Cuba is especially safe for children. Children are widely revered in Cuban culture. Cuban children can be seen roaming the streets freely at any time of day, turning their neighborhoods into makeshift soccer pitches or the stage for a rip-roarin’ game of marbles. (When is the last time you saw a group of kids playing marbles on the corner in a U.S. neighborhood?)

When considering travel to Cuba, some Americans might be concerned about anti-American sentiment among the Cuban people. Do Cubans like Americans?

The United States and Cuba have a tumultuous history dating back to Cuba’s 1959 revolution, which ousted U.S.-backed leader Fulgencio Batista from power and nationalized U.S. businesses and properties on the island. After the revolution, the two nations severed diplomatic relations and the United States enacted a trade embargo of the island. Cuba turned to the Soviet Union for economic and ideological support, officially becoming a socialist country and joining sides with the United States’ Cold War adversary. Tensions soared in the early 1960s during the Bay of Pigs Invasion and missile crisis. The CIA reportedly made many attempts to assassinate Fidel Castro. Tit-for-tat strife continued for decades. In 1996, the Clinton administration strengthened the U.S. embargo of Cuba, codifying it into law and thus ensuring that only an act of Congress, not a sole president, could undo it.

Except for a few efforts to mend the U.S. relationship with Cuba, such as those of former President Jimmy Carter, it wasn’t until President Obama took office that significant progress was made in thawing half a century of frozen ties. President Obama has since lifted or relaxed many of the commercial, trade, and travel restrictions against Cuba.

However, the U.S. embargo as a whole remains largely intact, pending an act of Congress. And while the United States and Cuba officially restored diplomatic relations in 2015, a large ideological divide lives on. Cuba remains committed to its socialist ideals and weary of what it deems U.S. imperialism. Billboards with pro-socialism and anti-imperialism messages dot highways across the entire island. One in Havana calls the U.S. embargo “history’s longest genocide.” During ongoing talks since restoring diplomatic ties last year, Cuba has repeatedly warned the United States not to meddle in Cuba’s internal affairs. Cuba’s government is also adamant that the embargo must be lifted and the U.S. naval base at Guantanamo Bay must be closed and returned to Cuba before relations can fully normalize. The United States, for its part, has raised concerns over human rights and freedom of the press in Cuba.

Despite these enduring ideological and political differences between Cuba and the United States, Cubans love Americans. Yes, you read that right. Cubans in general tend to differentiate between the American people and the actions of the American government. It is also important to remember that only 90 miles separate Florida and Cuba, and there are an estimated 2 million Cuban-Americans living in the United States fueling a healthy flow of cross-cultural exchanges.

On a simpler level, one might ask, “but can socialists and capitalists get along?” Whatever your political beliefs, Cubans love a friendly debate and are usually more than happy to share their views and to learn about yours.

Despite the warm welcome Americans receive in Cuba, travelers still need to take the same general precautions that they would anywhere else, such as locking up valuables in the hotel safe and never leaving belongings unattended in public. While there is very little violent crime in Cuba, the U.S. government reports that petty theft has increased slightly. The Cuba 2016 Crime & Safety Report states: “Most crime can be associated with pickpocketing, purse snatching, fraud schemes, and thefts from unoccupied cars, hotel rooms, and/or dwellings.”

All things considered, Cuba is one of the safest destinations for travelers. It is also one of the most unique culturally, politically, and geographically. InsightCuba was the first organization to bring Americans on tours to Cuba, and has perfected the art after years of experience. All InsightCuba tours are staffed with both a Cuban and an American guide who are available 24/7 to help you learn all about Cuba and ensure that you have an experience of a lifetime – an experience that is unforgettable for all the right reasons.