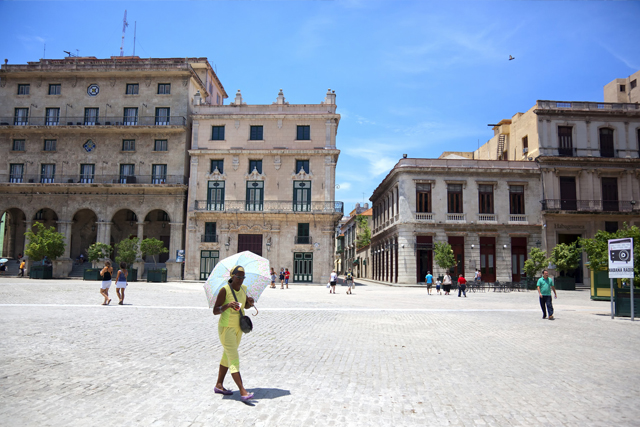 As temperatures rise, something funny happens in Cuba. The throngs of tourists – expected to hit over 4 million this year – meandering down Old Havana’s narrow cobblestone alleyways and sunbathing on the island’s turquoise shores start to dwindle. While foreigners tend to choose other summer vacation destinations, flocks of Cuban children on break from school transform the streets into impromptu marbles, soccer, and baseball pitches. Cubans of all ages and backgrounds swarm the crystalline beaches and seafront boulevards in the cities.

Summer is traditionally Cuba’s low season for tourism, but that is actually what makes it a great time to go! With fewer tourists around, it can make for a much more authentic experience and a better chance to get a good taste of everyday Cuban life. And the best part? It’s cheaper to go in the summer, too. High season in Cuba means most businesses on the island are at peak pricing, but those prices finally drop in the summer months.

In Cuba, the thermometer isn’t the only thing blazing in the summer. Cuba’s already vibrant culture goes into overdrive, and festivals and other cultural celebrations abound. There is something happening every week! Most notably, cities and small towns everywhere in Cuba erupt in celebration of Carnaval, the traditional pre-Lent holiday honored across Latin America. Each part of the country celebrates Carnaval on different dates. By far, the largest, most elaborate celebrations happen in Santiago de Cuba, on the island’s eastern tip. For a solid week at the end of July, the entire city is taken over by dancers in meticulous, vibrant traditional costumes and the incessant beat of conga drums.

A very different, and perhaps even more important holiday happens in Santiago de Cuba in July. Although most people outside of Cuba have never heard of it, the 26th of July is one of the main holidays of the Cuban Revolution. On July 26, 1953, revolutionary leader Fidel Castro led a rebel army in an attack on the Moncada army barracks. The insurrection was quickly quashed by the Batista government, but the so-called 26th of July Movement eventually grew into the force that finally toppled Batista in 1959 and ushered in the Castro era. Nowadays, the holiday is celebrated with a series of rallies and speeches in a sea of black and red 26 de Julio flags.

Whether you’re a history buff, festival-goer, or just want to beat the crowds, a Summer trip to Cuba offers great rewards for those who aren’t afraid to beat the heat. To get you an even better deal on your vacation in Cuba, insightCuba is running a $1,000 off special on select trips to Cuba all the way through Summer 2018! See how you can get more bang for your buck with the most experienced provider of tours to Cuba for Americans.