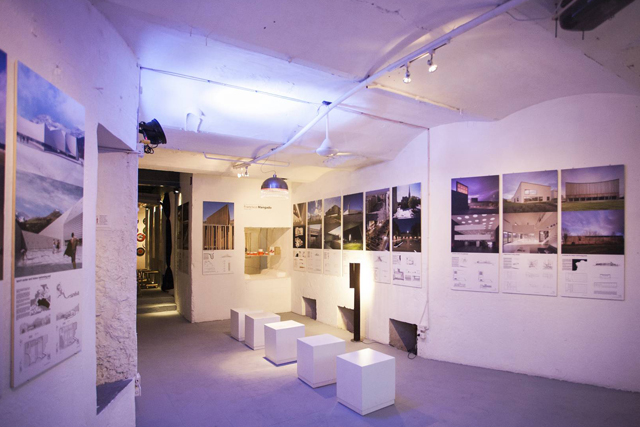 La Fábrica del Arte – or The Art Factory – has received lots of hype since it first opened its doors in February of 2014. La Fábrica, or la F.A.C., as it is often called, is a multidisciplinary cultural space housed in an old cooking oil factory in Havana’s residential neighborhood of Vedado. Here, you can get a one-stop introduction to Cuban culture, as you mingle among Havana’s hippest and witness the art and music of some of Cuba’s greatest and most promising artists.

The Art Factory is the brainchild of acclaimed Cuban singer and songwriter X Alfonso. The imposing building sits next to the delicious restaurant El Cocinero in an otherwise quiet area of the city. The factory underwent a total transformation into a dynamic, multi-level cultural venue with spaces both large and small: a large concert space dominates the back part of the ground floor and a spacious exhibition hall graces the second floor. There are nooks to accommodate smaller expositions on clothing, furniture design, or jewelry. Several “naves” serve as smaller concert spaces and the theater habitually gets transformed into a fashion runway.  Moreover, the venue is spotted with bars and cafes, some of which even serve snacks and juices.

La FAC is the perfect place to go as a group. Each night, the programming includes everything from a film screening, to a photography exhibition, a play, a fashion show, and several concerts. You can adjust your activity depending on how your mood changes throughout the night, split up if you have differing interests, see a jazz ensemble in the small nave, or rave with a salsa band in the big concert hall. In addition, if you need some air, you can get a piña colada or some rum on the rocks and hang out on the indoor patio.  It has something for everyone, so you don’t need to worry about having to compromise!

The Fábrica de Arte is a place of diversity, consistently embracing a wide range of art forms, artists, and guests under one roof. It is an inter-generational space of discovery, where groups of teens are as common as married couples. Moreover, la FAC isn’t just popular with locals. Since the word got out, the Fábrica del Arte has been extremely popular with foreigners. From your weekend tourists, to study abroad students, and diplomats posted in Havana, the FAC attracts a huge range of profiles. More recently, it has also had an impressive guest list; Lady Gaga, Mick Jagger, and the Obamas have all been visitors to the space during their trips to Havana.

The FAC has also become a popular space for artists of all calibers to perform. World-renowned Cuban artists like jazz pianist Chucho Valdes have performed here alongside lesser-known trovadores or small bands from across the island. Moreover, on an almost weekly basis, the FAC hosts musicians, actors, theater collectives, and exhibitions by artists from across Latin America and the world. It has even hosted the likes of Usher, Dave Matthews, Rufus Wainright, and French-Cuban duo Ibeyi.

What I love most about the Fábrica is that it expands your horizons. While you might go to see your favorite Cuban rumba band, as you wait for the concert to start you might stumble upon a play you would have never have otherwise sought out, a photography exhibit that moves you, or discover a rap duo that you end up loving. Like so many things in Cuba, you will leave the Art Factory with your heart pounding and head spinning – and not just from the rum. It’s a convergence point of so many things – young and old, theater and photography, foreigners and locals. Because it is a place most defined by its unwillingness to restrict itself to one definition of art, it is a space with no limits.

The Fábrica del Arte is located on 11th Street on the corner of 26th street (Calle 11 Esquina 26). It is open from Thursdays to Sunday. Doors open at 8pm.

All InsightCuba tours come with two expert guides who are available to you 24/7 to help you make your trip to Cuba the experience of a lifetime. Call 800-450-2822 to learn more about the other reasons to travel to Cuba with InsightCuba and to reserve your spot, or visit insightCuba.com to see our 2017 and 2018 Cuba tour dates!