Home » About Us » Blog » BICITAXI TOUR OF EL CAPITOLIO
share 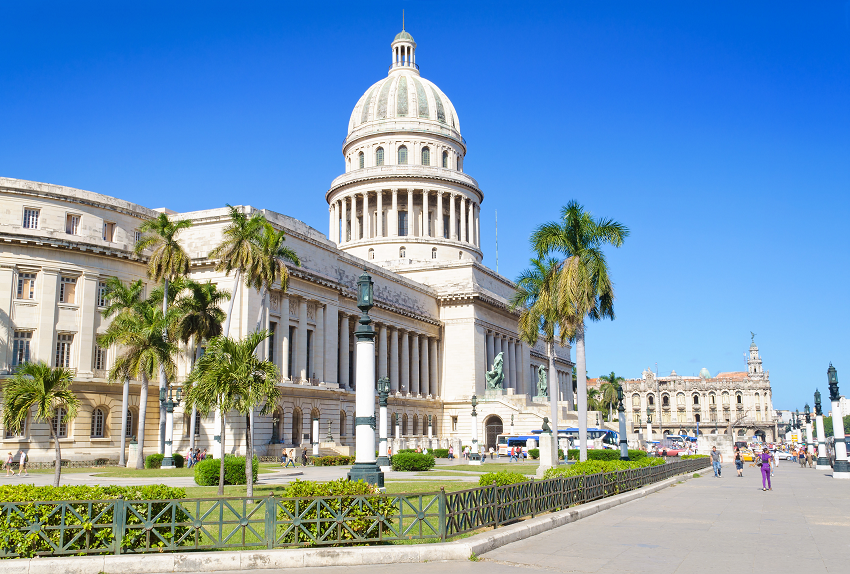 Arrive via bicitaxi at El Capitolio, a public landmark often compared to the U.S. Capitol. 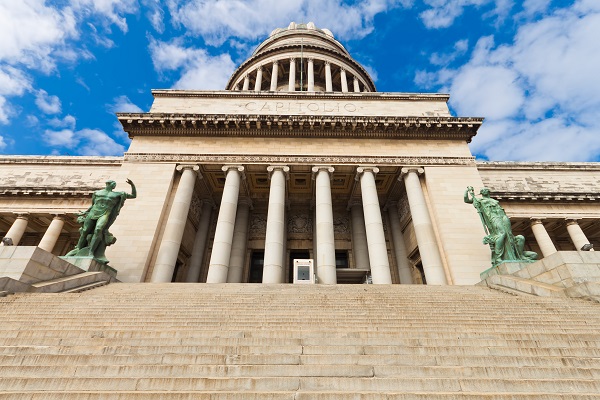 Explore Old Havana from the low-key, relaxed pace of a bicitaxi before arriving at El Capitolio. Completed in 1929 and fully restored in recent years, this building held Cuba’s congress prior to the revolution in 1959.

We’ll learn about its construction, history – and get a look inside the halls of limestone and granite. And in the capitol’s apse, we’ll find the Statue of the Republic. This gigantic bronze monument is nearly 50 feet tall and among the world’s largest indoor statues.

Cuba’s new government, after winning independence from Spain in 1899, was dominated by American influence. Its first constitution, modeled after the US’ founding documents, created a Senate, House of Representatives, Executive branch, and independent judiciary. But most importantly, allowed American intervention in Cuban affairs and leased the land still used for the Guantanamo Bay Naval Base.

Free elections were held until former president Fulgencio Batista seized power during a military coup in 1952. Over seven years, the Batista dictatorship murdered thousands of Cubans but maintained a pro-business, anti-communist posture – which earned support from the US-government.

The Cuban Congress used El Capitolio for 30 years until its disbanding in 1959. Built between 1926 and 1929, El Capitolio is among the most magnificent and expensive structures in the entire country – costing over a quarter of a billion dollars when for inflation. Both the US and Cuban capitols drew inspiration from Paris’ Panthéon, hence their visual similarity.

A US engineering company, Purdy and Henderson, oversaw construction of the capitol. The firm is responsible for several buildings in Havana, including the Hotel Nacional and Plaza Hotel. But their most iconic works are in New York City: the Flatiron Building, the Met Life Tower, and Times Tower in Times Square.

This experience is available on our Classic Cuba Tour or can be integrated into a custom-made itinerary.