Visit the former home of literary legend Ernest Hemingway, one of the 20th century’s most acclaimed authors. 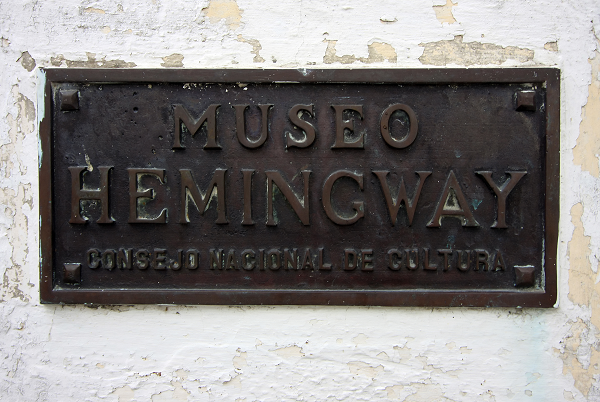 Plaque at the entrance to Hemingway's Finca Vigia 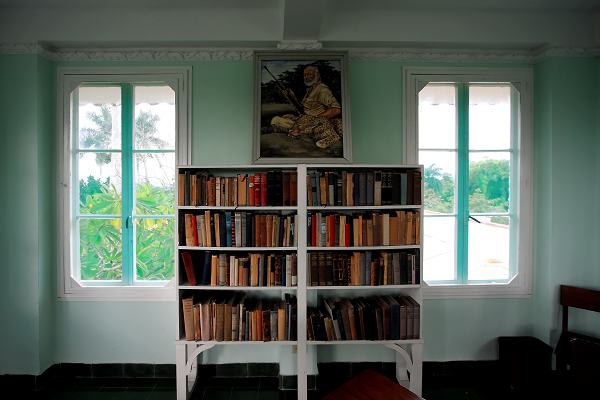 Bookshelf with portrait of Hemingway inside Finca Vigia

For more than two decades, Ernest Hemingway called this property home in the scenic San Francisco de Paula Ward of Havana. Here, Hemingway wrote large portions of For Whom the Bell Tolls and The Old Man and the Sea  – a novel set in the nearby Cuban town of Cojimar.

Today, the estate looks much as it did when Hemingway left Cuba for the last time in 1960, less than a year before his death. Among the many artifacts left in place are his typewriter, hunting trophies, desk, and bookcases.

Who Was Ernest Hemingway?

A journalist, a sportsman, and a short story writer – but above all else, the author of some of the greatest works of fiction in all literature. Alongside those listed above, Ernest “Papa” Hemingway’s (1899-1961) legacy includes The Sun Also Rises and A Farewell to Arms. He made famous a writing technique known as the “iceberg theory”, believing that the deeper meaning of a story should not be evident on the surface.

In 1928, Hemingway visited Cuba for the first time at age 29 – briefly – during a sailing trip to Spain from his home in Key West, Florida. His three days at the Ambos Mundos hotel in Havana foreshadowed his future on the island. And over the next decade, he would frequent Room 511 at the Ambos Mundos to write Death in the Afternoon, New Green Hills of Africa, and To Have and Have Not.

Hemingway took up a more permanent residence in 1939 and purchased Finca Vigía, a one-story house on the outskirts of Havana. He would live there for over twenty years, leaving only a few months before his death – expecting to return. Once news of his passing reached Cuba, the government seized the property and its contents. And today, Finca Vigía looks much as it did in 1960.

Papa Hemingway’s love of Cuba is best summed up, appropriately, in his own words. In a Spanish-language interview following his win of the Nobel Prize in Fiction, Hemingway described himself as “Cubano sato”. In slang, this means a Cuban with mixed blood – which, given the country’s diverse history, is how many Cubans view themselves. He goes on to call the town of Cojímar, “mi pueblo”, or “my people”.

Hemingway, at least publically, embraced Castro’s uprising, saying “We the Cubans are going to win” – and after the revolution, “I am very glad to be here...because I consider myself Cuban…I sympathize with the government and all our difficulties.” Though his only interactions with Fidel Castro would be in passing, at the Ernest Hemingway International Billfishing Tournament in 1960.

Ernest Hemingway is revered in Cuban culture – and his life is on display across the island, whether at his home in Cojímar, at El Floridita, and or in Room 511 at Ambos Mundos. Here, perhaps more than anywhere else, you can walk in Papa Hemingway’s footsteps.

This activity is available on our Undiscovered Cuba, Legendary Cuba, and Weekend in Havana tours or can be integrated into a custom-made itinerary.