Home » About Us » Blog » FERRY ACROSS HAVANA HARBOR TO CASABLANCA
share 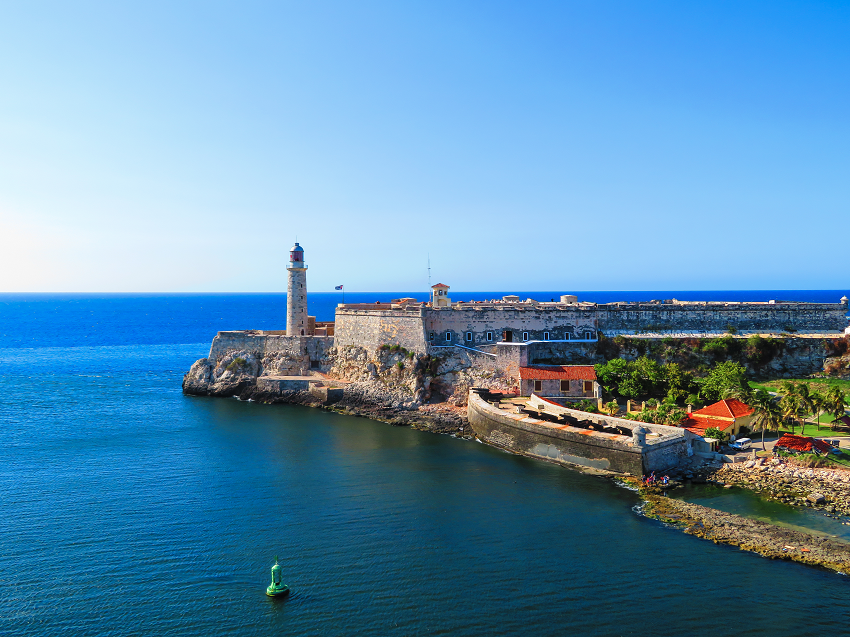 Hop a ferry to the hillside town of Casablanca, home to the christ of Havana sculpture and sweeping views of Old Havana. 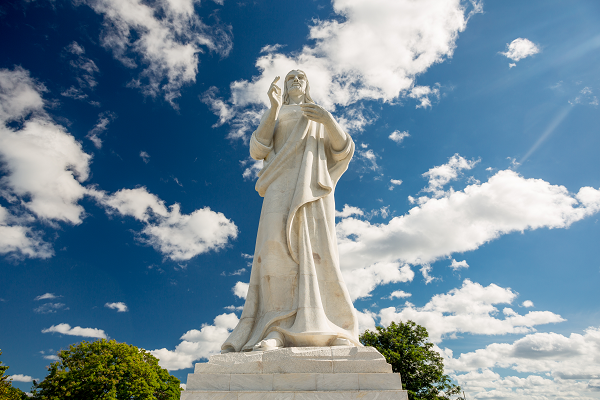 The hillside neighborhood of Casablanca is a 15-minute ferry from Havana Harbor. Riding alongside the locals, you’ll see first-hand how Cubans move around the island.

Upon our arrival in Casablanca, you’ll find sweeping, waterside views of the Malecón and an up-close look at the Christ of Havana. This 66-foot high sculpture of Jesus was completed on Christmas Eve of 1958, just fifteen days before Fidel Castro entered Havana, signaling victory in the Cuban Revolution.

Look closely at the Christ of Havana and you’ll notice the statue has no eyes, giving the impression that Jesus looks at all, from everywhere. Some locals also suggest the statue’s hands are positioned to resemble Jesus holding a cigar in his right hand and a mojito in his left.

The most obvious route across Havana Harbor – may be under it – via the Tunel de La Habana. But those going by foot will need to hop the more scenic, Lanchita de Regla for 1 CUC. Based at a new terminal on the tip of the Malécon, the “Little Boat of Regla”, can complete the three-fourths of a mile journey from Havana to Casablanca in 15 minutes. Which, during rush hour, can be the city’s fastest commute.

Despite its new, glass terminal, the Lanchita de Regla is very much a piece of the past – but the onboard views of Old Havana are well worth a ride.

Casablanca is a ward of the Regla borough in Havana. It charming vibe – and name – is owed to a colonial past,  when it was home to the 16th-century Royal Treasury and Marina. The small community that grew around the white-painted treasury came to be known as Casablanca – or, “white house”.

Today, it’s a quiet getaway from the hustle of Cuba’s capital. But the imposing Castillo de Los Tres Reyes del Morro is a reminder of Havana’s coveted position. Hence the need for not one, but two fortifications – which led to La Cabaña, a Spanish-built fortress adjacent to El Morro. And as the castles grew, so did Casablanca’s economy.

In the early 1900s, traffic between Havana and Casablanca was so heavy that officials proposed an iron bridge to span the harbor. It didn’t pan out, but one connection did – the Hershey Railway, an all-electric rail system built by The Hershey Company in 1917 to transport refined sugar to the Havana Harbor. It still operates today as a commuter line.

Casablanca’s panoramic angles of the bay and eye-catching Christ of Havana Statue are its initial draw. But just making the journey will provide a larger view of Cuban society.

This activity is available on our Undiscovered Cuba tours or can be integrated into a custom-made itinerary.