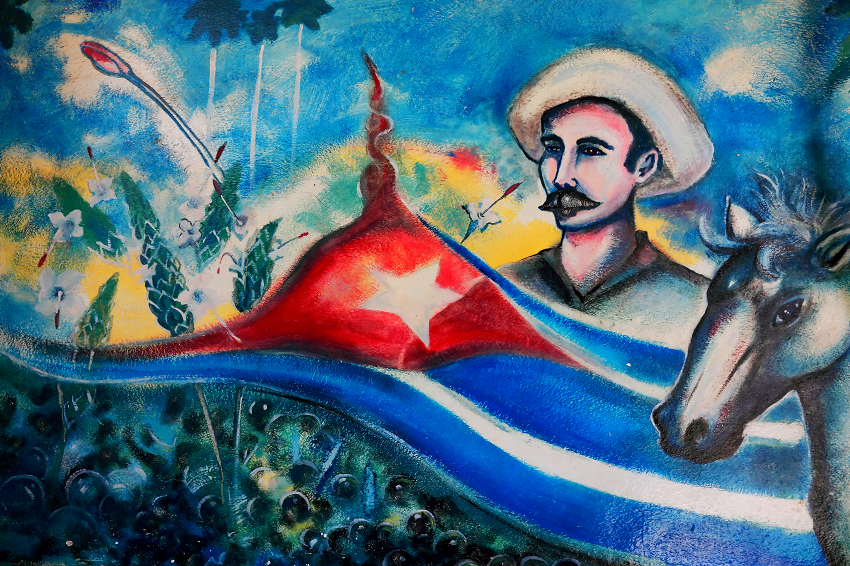 An art project on the outskirts of Havana turned this neighborhood into a gallery of murals, sculptures and more.

This area used to be home to a garbage dump. But since 2001, professional artists have turned the trash into treasures through the Muraleando Community Art Project. Meet with the creators of these murals, sculptures and art pieces who volunteer their time to teach local children how to paint, dance, play, and sing.

Origins of the Muraleando Project

Muraleando launched in the wake of a decade-long economic depression known as the “Special Period.”

Before the crisis, Cuba was dependant on the Soviet Union – who bought sugar at inflated prices and supplied the island with a surplus of fuel. So when the USSR collapsed in 1991, Cuba’s economy imploded. Radical changes were made, especially in fuel-dependent industries like agriculture and transportation. Still, blackouts and food shortages swept across the island, and the average Cuban lost 20 pounds.

Muraleando – literally, “Making Murals” – grew, in part, as a way to cope with this trauma.

Lawton, Havana had long been a poor, run-down neighborhood in Havana – and was hit hard by the Special Period. But the scrappiness that defined those years found a new outlet when local artists offered free art classes to children in 2001. From there, the enthusiasm exploded. And community members, lead by Manuel Díaz Baldrich, began turning crumbling walls and courtyards into galleries. Everything became a canvas.

Díaz told Xinhua News, “This is the neighborhood where I was born, where I grew up, played, studied, got married and where my children were born. And I always felt I needed to give back [for] what it gave me.”

In 2010, Muraleando gained a proper headquarters – in the form of an abandoned, century-old water tank. Dubbed, “El Tanque,” it’s grown to house an art gallery, workshops, and stage space for regular recitals and performances. The project has expanded outward from there, thanks entirely to the work and funding of local artists and community members. An effort recognized in 2014 when Muralenado was awarded the National Prize for Community Culture.