Home » About Us » Blog » PRIVATELY GUIDED-WALKING TOUR OF TRINIDAD
share

Take a privately guided walking tour of Trinidad, Cuba – one of the Caribbean’s best-preserved historic cities. 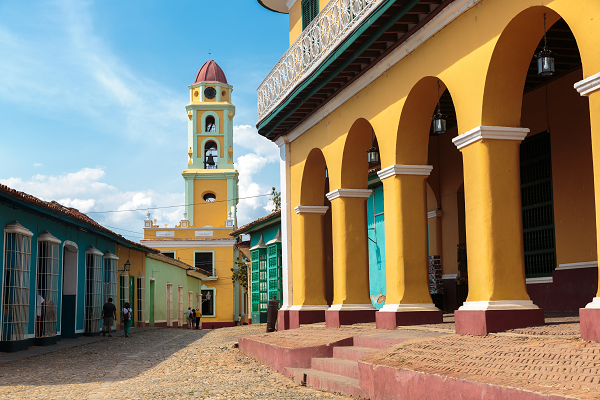 Founded in 1514, Trinidad has a rich history – literally and figuratively. Surrounded by beaches, hiking trails, mountains, and waterfalls, this UNESCO World Heritage Site is fitted with cobblestone roads that lead to colonial-style mansions.

Despite being one of Cuba’s oldest cities, Trinidad operated as a remote outpost for centuries after its founding, attracting mostly smugglers, pirates, and slave-traders. But things changed in the 1800s when French colonists, fleeing Haiti’s slave rebellion, began planting sugarcane. As a result, the area near Trinidad became known as Valle de Los Ingenios, or “Valley of the Sugar Mills.”

Trinidad soon reached the peak of its prosperity, producing a third of Cuba’s sugar under the labor of 30,000 slaves. The boom turned into a bust by the end of the 19th-century as wars for independence swept across the island, consuming Trinidad’s plantations with fire and fighting. But the city’s colonial infrastructure remains intact to this day.

Recognizing Trinidad’s historical value, Cuba’s government passed a preservation law in the 1950s — which led to its declaration as a national monument a decade later, then its designation as a UNESCO World Heritage Site in the 1980s.

The city’s center, Plaza Mayor, features much of Trinidad’s most well-preserved architecture, including the Church and Monastery of Saint Francis, which is featured on Cuba’s 25 centavo peso. Plus, the palaces of former sugar magnates with their frescos, fine china, and French chandeliers still intact. Today, most of these homes have been converted into public museums.

On our privately-guided walking tour, we’ll explore the history of this colorful city as well as the modern, private businesses near Parque Cespedes, where you’ll find local art, crafts, and food.