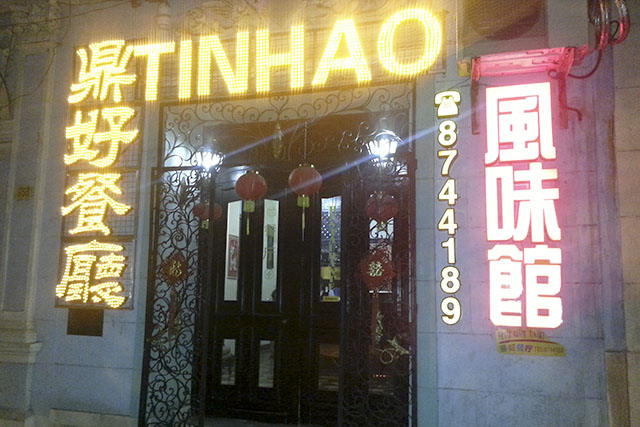 The Tin Hao restaurant is the first Chinese restaurant specializing in eastern cuisine to open in Central Havana in the last 50 years. Unlike other paladares, or private restaurants, it is not geared toward the tourist industry. Instead Tin Hao is catering to the thousands of mainland Chinese currently studying or working in Cuba’s capital. Leave your Spanish phrase book at the hotel and brush up on your Mandarin and Cantonese, this is the real deal.

Havana has a Chinatown (Barrio Chino), but very few Chinese nationals live there. Located in Central Havana, the entrance is marked by a Ming-style gate donated by the People’s Republic of China near the Capitol Building. The Barrio Chino runs principally along Dragons Street where there are numerous historical traces of Chinese settlement in Havana. A couple of blocks have even been given a makeover with classical Chinese facades and restaurants that service rice and beans with roasted pork, pizza, and maybe if you are lucky some fried rice or chow mein (made with spaghetti noodles). Just as Cuban as any other state-run restaurant. 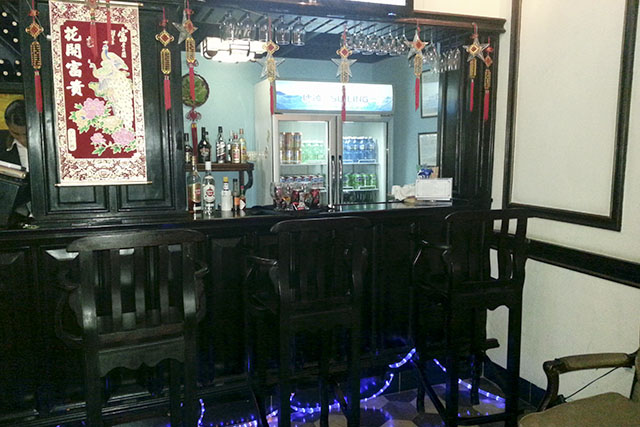 The fare at Tin Hao is anything but Cuban…it helps that the cooking is authentic. Starters include homemade spring rolls and dumplings (translated poorly as “ravioli” on the tri-lingual menu) that can be fried or steamed. Everything is always accompanied by a generous helping of sauces (don’t bother asking the recipe, they won’t tell). Soups range from hot and sour or egg drop to the high end (and somewhat controversial) shark fin. Sea cucumber is also a rarity that can only be found at Tin Hao, offered as a soup or main dish. 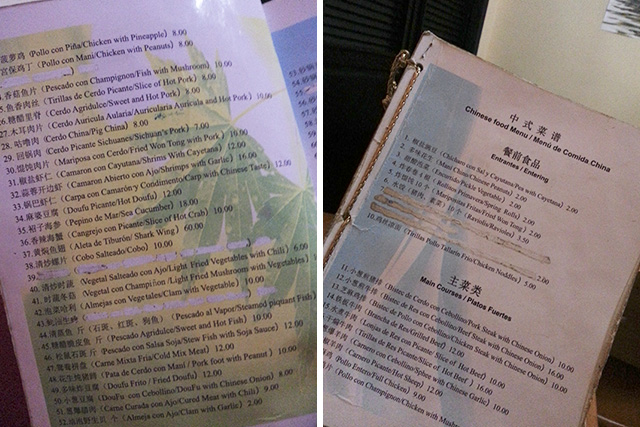 The menu is an imposing listing of over 100 items, but generally based around five proteins (pork, beef, chiecken, lamb, and fish), rice, noodles, a variety of sauces (including spicy selections usually spurned by Cuban chefs) and combinations galore. There are several vegetarian and seafood selections as well. The lobster tails are a healthy 1.5 lb, bright red and served with elaborate garnish. 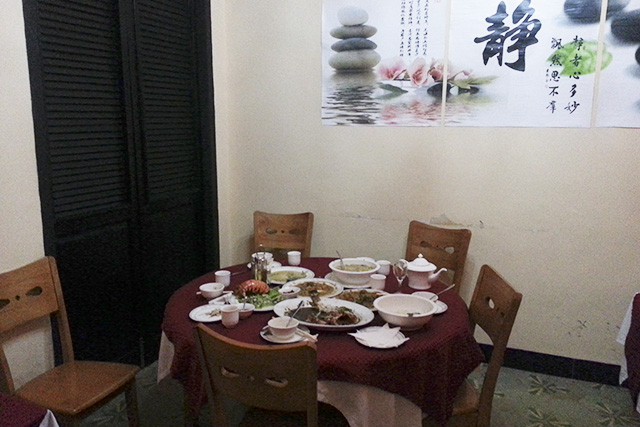 Like many paladares in Havana, Tin Hao has converted a residential property into a restaurant. There are three rooms that can be reserved privately (with up to 12 guests seated at large round tables) and two common dining rooms.

Decorations consist of posters with Chinese letters, liberal use of the color red, leftovers of the houses original classical trimmings and not much else. The scarce, and somewhat conflictive, ambiance along with the almost all-Asian clientele give the feeling of being in a hole in the wall eatery on the back streets of Shanghai. Tin Hao just might be the next centerpiece the next Barrio Chino in Havana.

The first Chinese arrived to Cuba as early as 1806, but the major influx of immigrants came between 1844 and 1865 when around 150,000 more joined. Originally these non-European immigrants were exploited as cheap labor, with slightly more rights than slaves. But some prospered as business owners and the first Chinese restaurant is recorded as being opened in 1858.

Now, more than 150 years later, Chinese immigrants are coming to Cuba and establishing new cultural footholds in much the same way they did two centuries ago. Today it is possible to say that the closest authentic Chinese food to Miami is once again in Havana.

Tin Hao Restaurant on San Lazaro Street (between Aramburu and Hospital in Central Havana) and is impossible to miss with its entrance framed by red and yellow neon signs. Open daily 12pm to 12am, groups should plan on having reservations, call 78744189

Photos and Text by Graham Sowa.