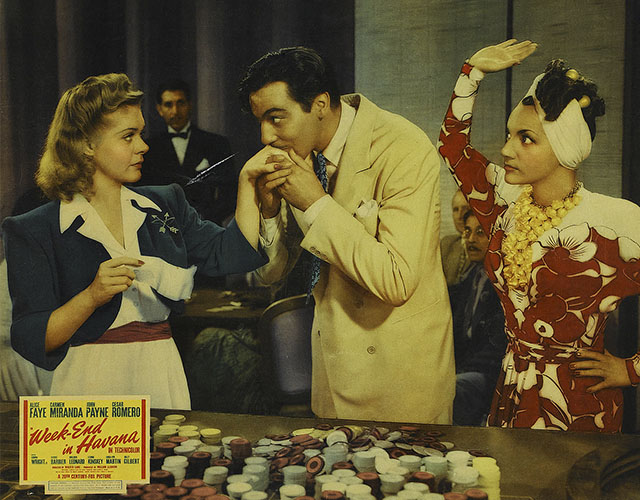 Few American movies have been filmed in Cuba since its revolution, but the island’s warm, sunny climate, low cost of living, and 1950s ambiance make it attractive to outside filmmakers. The country has hosted nearly 20 “foreign” film shoots, from the expected (The Buena Vista Social Club; Our Man in Havana) to the unusual: Cuban Rebel Girls and Hello Hemingway among them.

Here’s a look at some of the best-known English-language films made in, or connected to, Cuba: 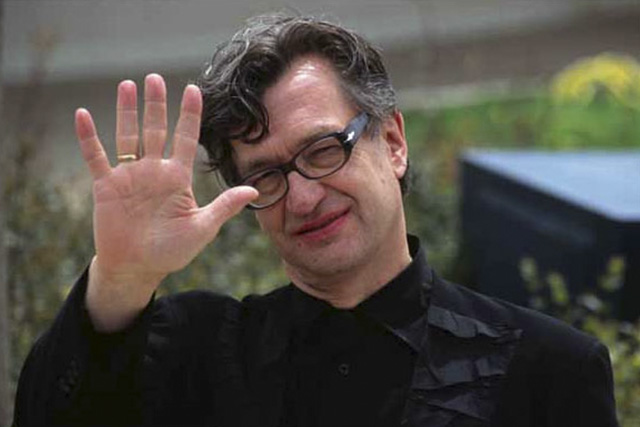 Musical documentary The Buena Vista Social Club became a worldwide hit in 1999. It received an Academy Award nomination and several prestigious prizes, made stars of its subjects, and ignited international demand and appreciation for Cuban music.

Our Man in Havana: Based on the 1958 Graham Greene satire about a vacuum-cleaner salesman recruited into the British Secret Intelligence Service, this 1959 adaptation stars Alec Guinness and Maureen O’Hara, backed by a colorful cast that includes Ernie Kovacs, Noel Coward, and Ralph Richardson. The film was made just after Castro came to power—and the man himself visited the crew during production in Cathedral Square. 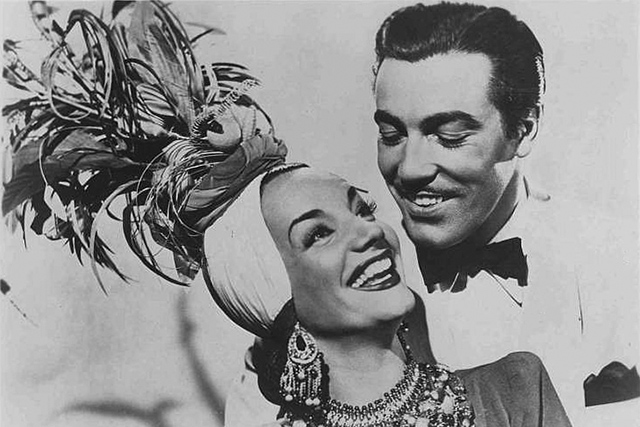 Carmen Miranda and César Romero in Week-End in Havana (1941)

Several of the best-known actors of the day—among them Don Ameche, Henry Fonda, and Betty Grable—were to have starred in the 1941 love story Weekend in Havana. As it turned out, the not-too-shabby cast features Alice Faye, Cesar Romero, and Sheldon Leonard. Hugh Beaumont (who would later play Ward Cleaver in Leave it to Beaver) appears in a small un-credited role. Adding to the fun, Carmen Miranda performs sultry songs and sambas in her trademark elaborate costumes.

The Old Man and the Sea: Considered one of film’s most faithful literary adaptations, this 1958 version of the Hemingway novella stars heavy hitter Spencer Tracy as the old man chasing one last hurrah. Hemingway’s then-wife, Mary, plays an American tourist. 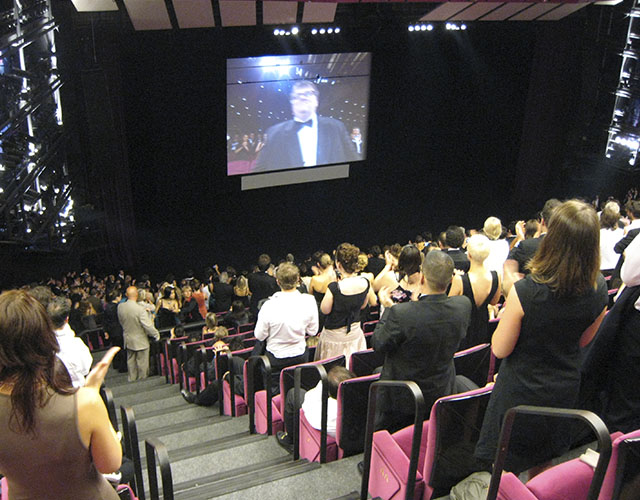 Sicko at the Cannes Film Festival - Photo taken by tangi bertin on May 19, 2007

Cuban Rebel Girls: Mostly known as Errol Flynn’s last film role, this ill-regarded 1959 quasi documentary also stars Flynn’s then-underage girlfriend, Beverly Aadland (whose own life and career included such colorful touches as public fistfights, and a 21-year-old boyfriend shot to death in her apartment. After allegations emerged that Aadland was involved with Flynn although only 15, she lost out on the role of Lolita—a teenager with an older boyfriend).

In the meantime, Cuba—known for literacy, art, and culture—continues to produce its own fine films, dramatic, factual—even zombie. From cinema’s beginnings, Cuba’s movies have garnered international awards and attention. Fanciful, funny, picturesque, moving, romantic, or enigmatic, Cuba’s films reflect the country itself.