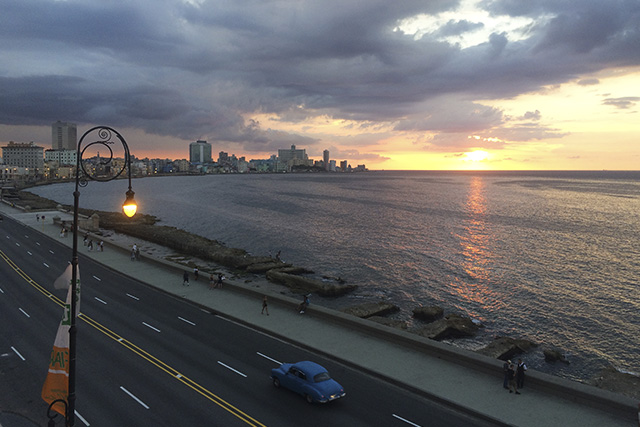 July 20th marked the anniversary of a historic day for both Cuba and the United States; one year ago, the former Cold War adversaries reopened embassies and officially restored diplomatic relations for the first time in over half a century. Huge crowds swarmed Cuba’s embassy in Washington, DC (and the U.S. embassy in Havana a month later) as the countries’ leaders took part in the flag raising ceremony. American and Cuban citizens waved banners and cheered, many wiping away tears of joy, as the United States and Cuba took a major step toward putting half a century of animosity behind them and starting a new chapter in their relationship.

Only 90 miles separate Cuba from the southeastern tip of the United States, but the relationship between the two nations deteriorated after Fidel Castro led Cuba in a revolution that ousted U.S.-backed Fulgencio Batista. The Castro government that took over in 1959 nationalized American-owned property and businesses in Cuba and aligned with the Soviet Union, the United States’ Cold War adversary. The United States responded with levying a series of economic sanctions, collectively referred to as the embargo, against Cuba and officially severing diplomatic ties in 1961.

While diplomatic relations were officially restored between the two countries on July 20, 2015, the U.S. embargo of Cuba remains in place pending an act of the U.S. Congress. President Obama, who has led the charge on rapprochement with Cuba, has used his executive authority to lessen or lift some restrictions on Cuba, making it easier for Cuban families in the United States to support and visit their relatives in Cuba, and increasing possibilities for U.S. citizens to trade with and travel to Cuba. While U.S. dealings with Cuba are still very restricted with the embargo in place, there are more possibilities now than there have been in decades. 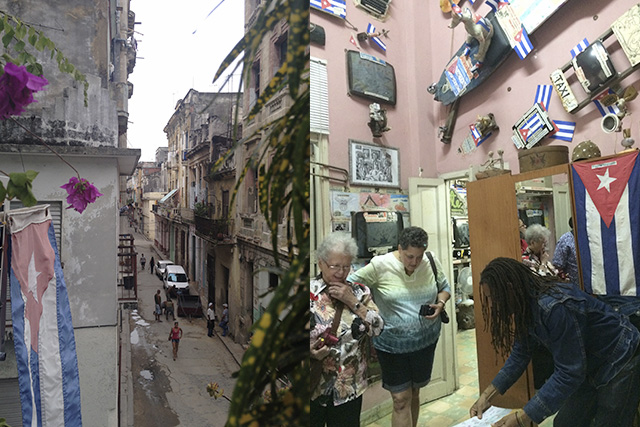 Peace between the United States and Cuba was brokered in 18 months of secret negotiations with the assistance of none other than Pope Francis himself. Though the negotiators achieved the restoration of diplomatic relations between Cuba and the United States in 2015, there is still a long way to go before relations between the two countries are normalized. Both sides have acknowledged that half a century of distrust and animosity between the U.S. and Cuban governments cannot be healed in a matter of a few years, and there are still huge points of contention that diplomats are working through to improve the relationship.

The United States for its part has expressed concern over human rights and democracy in Cuba. The United States is also seeking the repatriation of U.S. fugitives who have been granted asylum by Cuba’s government, including former members of the Black Panther Party.

Furthermore, a series of legal disputes haunt the future of U.S.-Cuban relations, including U.S. parties seeking compensation for properties that were nationalized in the 1959 revolution. The Cuban government is seeking billions of dollars in reparations for the damage that the fifty-year-old U.S. embargo has inflicted on Cuba’s economy.

High-level officials from the United States and Cuba have been holding regular talks to work out these and other issues, slowly but surely. While giant hurdles such as the embargo and Guantanamo stand at an impasse, both sides have aimed for lower hanging fruit and made significant headway in other areas. Since beginning talks, the United States and Cuba have reached agreements on counter-narcotics, medical cooperation, aviation, environment, commerce, and the resumption of direct mail service.

Negotiators are pressing on. A U.S. State Department official told reporters that there should be a human rights dialogue between the nations in Havana before the end of the year.

The exponential increase in the number of U.S. travelers to visit Cuba and the U.S. business interests seeping into the island will likely help to further accelerate change in Cuba. Many U.S. companies, including Sprint, Google, and Starwood Hotels, have already struck deals.

Now is the time to witness history in the making and see Cuba before it changes forever. InsightCuba was the first organizations to bring U.S. travelers legally to Cuba on educational, people-to-people trips. To book your intimate, unforgettable tour of Cuba with the industry’s premier Cuba experts, call 1-800-450-2822 today!