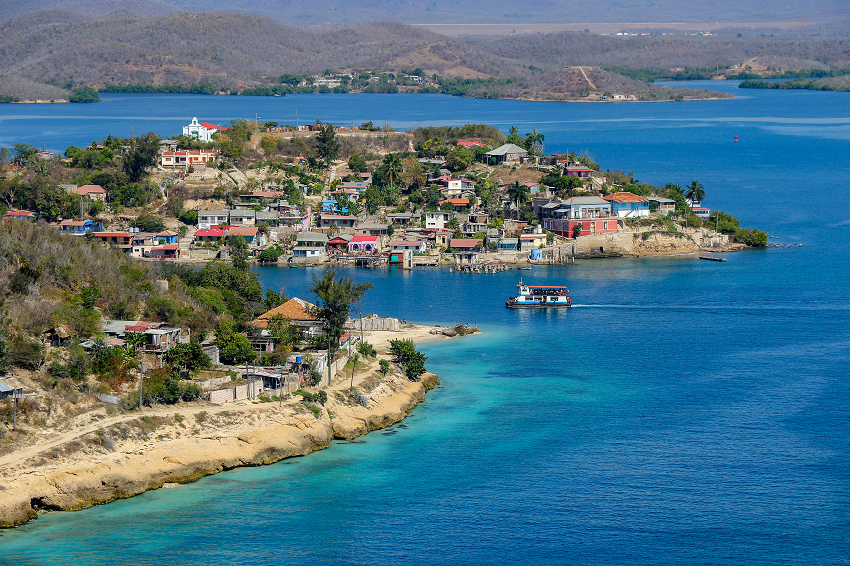 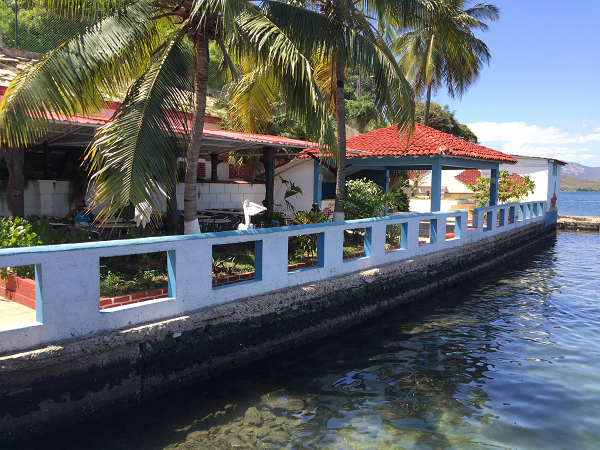 Cayo Granma is a small island in the bay of Santiago de Cuba, home to fishermen and red-roofed homes. We’ll arrive by ferry and enjoy a short walk around the village before a low-key lunch at El Cayo – a water-side restaurant that overlooks the harbor.

Positioned at the mouth of the bay, and no more than a quarter-mile across, Cayo Granma holds a panoramic view of Santiago de Cuba. Even with Cuba’s second-largest city so close, the friendly families of Cayo Granma haven’t strayed far from their fishing roots. With its restaurants and fresh seafood, this small island is a popular day trip for tourists and locals alike, especially those looking to escape the city’s summer heat.

History of the Bay of Santiago de Cuba

Two significant turning points occurred in the waters near Santiago de Cuba. In 1513, royal treasurer Amador de Lares received permission to bring Cuba’s first slaves from Hispaniola (modern-day Haiti) to his land in Santiago de Cuba. The bay became a nexus in the colonial slave trade, which brought more than a million slaves into Cuba until its abolishment in 1886.

A decade later, in 1898, the US Navy won a decisive victory against the Spanish fleet, sealing victory in the Spanish-American War and awarding Cuba nominal independence. The Battle of Santiago de Cuba marked the end of Spanish influence in the New World and the beginning of American dominance.

This experience is available on our Undiscovered Cuba Tour or can be integrated into a custom-made itinerary.