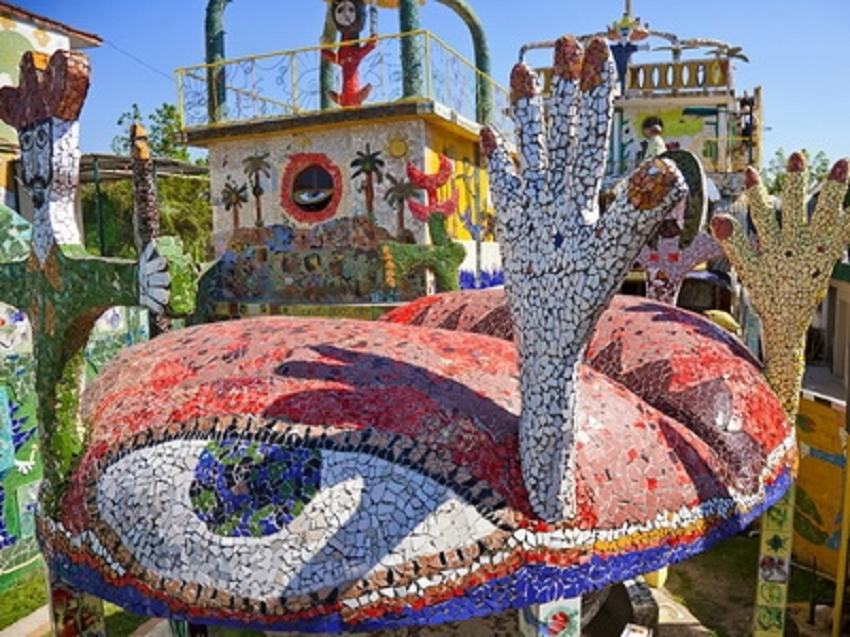 Explore the outlandish neighborhood of Fusterlandia, home to a community of creators and artist José Fuster – the “Picasso of Cuba.” 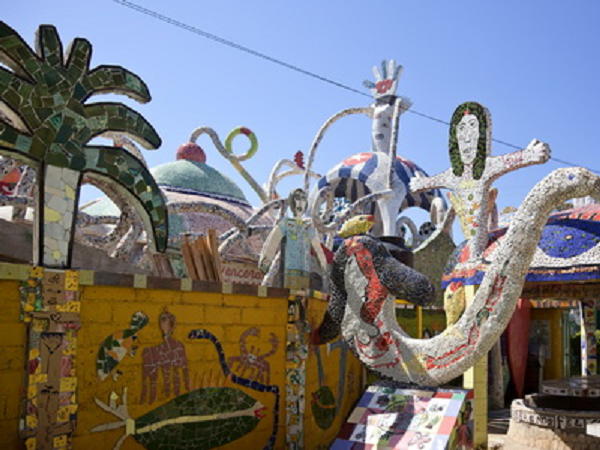 José Fuster grew up in a rundown coastal town, but at an early age showed a creative spirit, which later materialized into the childish-style of Naïve art. His professional career has since been displayed across the world. But the most lasting impact of his blocky, bright displays will undoubtedly be the neighborhood made in his image – Fusterlandia.

The transformation began over three decades ago when Fuster moved into an ordinary house on the outskirts of Havana. He went about remaking his space into a mosaic of colors and soon inspired his neighbors to do the same. Today, it’s one of the island’s biggest draws with locals converting their homes into shops, stands, and small businesses of all kinds.

Jose Fuster owes much of his success and style to the Cuban Revolution. Born in 1946, he came of age shortly after Fidel Castro seized power. And at 15 years old, was swept up by a call for volunteers to join the Cuban Literacy Campaign – a post-revolution effort aimed at lifting the country’s 60% literacy rate. Assigned to the Sierra Maestra wilderness, he spent a year teaching peasants to read and write, contributing to Cuba’s rapid uptick in literacy – now among the highest in the world at 99%.

“I found art in the Sierra Maestra,” Fuster told Reuters, “[it] gave me the inspiration to do art. There I found a world I’ve never abandoned — the palm trees, the peasants, the rooster, the horse.”

After the Literacy Campaign, Fuster benefited from the National School of Arts. Established after the revolution on land once belonging to a country club golf course, it brought free, world-class art education to the masses. Enrolling in 1963, Fuster spent two years honing his craft.

After finding success and inspiration in Europe, Fuster moved to Jaimanitas in 1975 – a depressed fishing village on the outskirts of Havana. Hoping to replicate the work of Pablo Picasso, Antoni Gaudí, and Constatin Brâncusi, Fuster decorated his plain wooden house in a colorful mosaic.

Finished, but unsatisfied, Fuster asked neighbors for permission to decorate their buildings. And across the next decade, over 80 homes were enveloped in ceramics and paint – including benches, entryways, bus stops, and interiors. And Fusterlandia has no boundaries in sight as Fuster and his neighbors continue to expand their artistic vision, turning the area into a global tourist destination.

Outside of Fusterlandia, you’ll find Fuster’s work at the National Museum of Fine Arts of Havana and in New York City at the Center for Cuban Studies. Among his many accolades is the Distinction of National Culture Award – the highest artistic honor granted by the Cuban government.

Join us as we explore the uncanny, kaleidoscopic streets of Fusterlandia and meet the Cuban people who bring it to life. This activity is available on our Weekend in Havana tour or can be integrated into a custom-made itinerary.