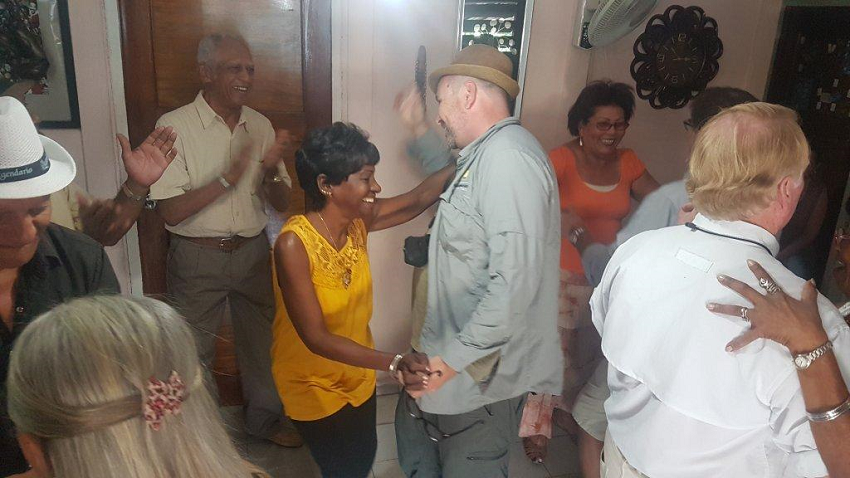 Join a party in the neighborhood of Reparto de Bahia and become part of the performance with the fun and welcoming, Santa Amalia Dancers. 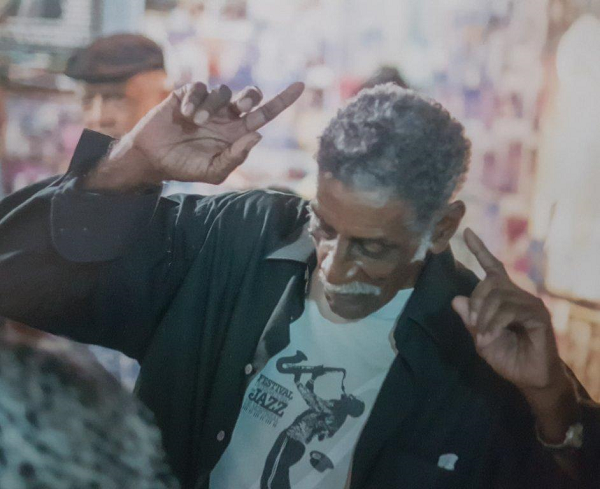 The lively residents of Reparto de Bahia get even livelier when it’s time to celebrate. We’ll join the party alongside Pablo Delgado and his Santa Amalia Dancers – some of the city’s best jazz dancers. The genuine, welcoming attitude of those in attendance will be enough to get you singing and dancing in no time.

Jazz music, by definition, has many influences. But the Cuban connection ranks high. In the late 1800s, waves of Cubans left the island under strained relations with Spain. And many of those immigrants, both former slaves and those influenced by their Afro-traditions, entered New Orleans as jazz was developing.

In the early 19th-century, the Cuban contradanza – an African-influenced music style – gained international popularity. And at the same time, twice daily ferries from New Orleans to Havana carried jazz bands between the two cities. Among Jazz’s many subgenres, Afro-Cuban jazz stands out as the oldest form of the Latin variety, and for its substantial contributions to the Jazz Age as a whole.

For some time, Afro-Cuban jazz was more popular in the U.S. than in Cuba. That changed in 1973 when the Havana-based Irakere gained international fame. Those with a well-tuned ear will hear a wide variety of Cuban percussion instruments and styles.

About the Santa Amalia Dancers

Among the Santa Amalia Dancers, friendship is equal to moving feet. Because since the 1960s, these neighbors have been dancing together on the outskirts of Havana. Of the original crew, most are in their 70s or beyond. But age is out of mind when the numbers of their youth start playing.

The friends came together around jazz icons like Cab Calloway and Dizzy Gillespie – while learning dance moves from the Nicolas Brothers (minus some of the table jumping and splits). The Santa Amalia dancers visit clubs throughout Havana, including a large monthly gathering at the Unión Nacional de Escritores y Artístas de Cuba, but often spend their time in more informal settings, such as spending time with insightCuba and our guests. As part of this unique experience, you’re welcome to dance with these silver-haired icons – if you can keep up!