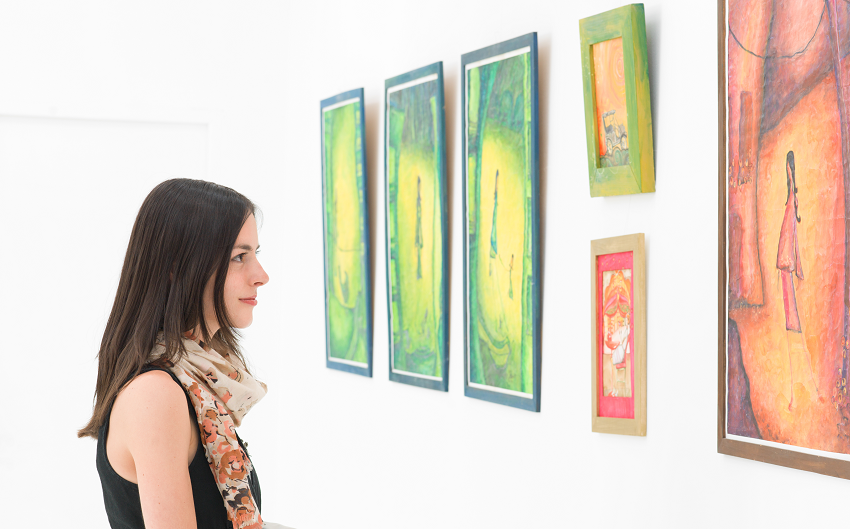 The Museo Orgánico de Romerillo (MOR) is the brainchild of visual artist Alexis Leiva Machado or “Kcho” – which exhibits his own work and that of artists around the world. Since opening, the MOR has grown into a community center for the El Romerillo neighborhood and gained a fast following as one of the first places in Cuba to offer free wifi.

Kcho was born in 1970 on Isla de la Juventud, an island 30 miles south of Cuba’s mainland. His work reflects an upbringing surrounded by water, and his enormous installations often utilize old innertubes, boats, and polyfoam, highlighting both the pleasure and danger of an open sea. Skilled with plastics and on paper, Kcho’s work is at the leading edge of contemporary art both nationally and globally.

After Hurricane Gustav and Ike in 2008, Kcho’s belief in the healing power of art was put into full force. He returned to Isla de la Juventud with an army of 500+ artists to educate, entertain, and rebuild. The “Martha Machado Brigade,” named for Kcho’s mother, has traveled across Cuba in the wake of natural disasters – and a team under the same name visited Haiti after their 2010 earthquake.

During Kcho’s formative teenage years at the National School of Plastic Arts, he lived in Havana’s Romerillo neighborhood – a  “hole located in the Havana center.” When he returned as a successful artist two decades later, Kcho set out to revitalize the area, turning dumps and empty lots into parks and community spaces. Museo Orgánico is just one part of a larger campus, which features a gallery, work studio, library, and theater.

Our visit to MOR will grow your understanding of the enormous role artists can play in Cuban culture.